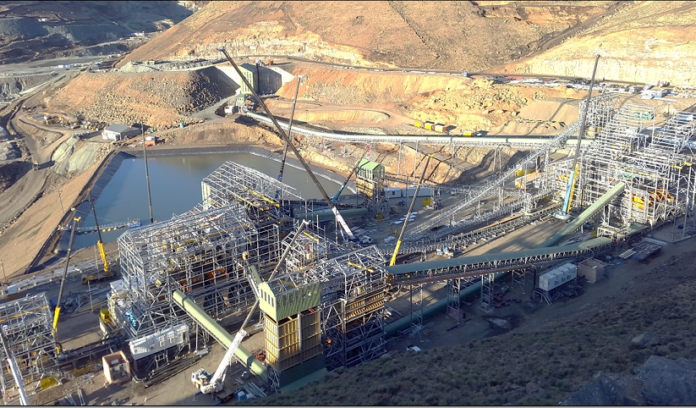 The company notes that mining activities have started and commissioning of the processing plant is now in the final stages.

Liqhobong is owned 75% by Firestone and 25% by the government of Lesotho.

Importantly, over three million man hours have been exceeded without a single lost time injury.

Historic stockpiles will be processed initially as part of the wet plant commissioning phase and over the coming weeks, the company expects to complete the commissioning of the recovery plant and sort house in anticipation of first diamond recoveries later this month.

In addition, Firestone Diamonds has begun mining of the main pit kimberlite and maiden ore is being stockpiled for processing once the historic stockpiles have been processed.

Firestone Diamonds will include further details of the commissioning process in its next quarterly update, expected in the week commencing 17 October 2016.

Stuart Brown, CEO of Firestone Diamonds, comments: “I am delighted to announce that Liqhobong has entered the start-up phase, with all major construction activities now complete and commissioning of the plant well advanced.”

The first ore from historic stockpiles has been put through the plant and the company has begun mining of the main pit kimberlite as it begins production activities in earnest.

“Firestone remains fully financed throughout its ramp-up period and we look forward to commencing diamond sales, from January 2017 and providing further updates in due course,” says Brown.