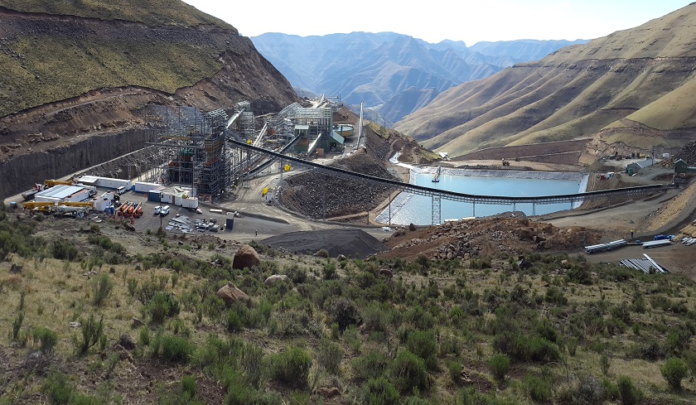 Firestone Diamonds, the AIM-quoted diamond mining company, notes that the Liqhobong diamond mine has completed all major construction activities and at the end of September the project was 98% complete and well ahead of schedule.

The teamwork and cooperation of all staff and contractors has allowed the project to achieve commissioning well ahead of plan.

The commissioning phase was 91% complete at the end of the quarter and the company has been able to commence the ramp-up to commercial production.

The remaining 2% of the project construction relates to minor construction activities, such as cladding and final non-essential items, which will all be completed before the end of 2016.

Stuart Brown, CEO, comments: “It is extremely exciting to have reached the end of the construction phase and to start the next chapter of the Liqhobong diamond mine, as we ramp-up production to become a one million carat per annum producer.

“Discovered in the 1950s this exciting diamond deposit is on the cusp of entering commercial production and I commend the team for completing construction ahead of revised schedule and achieving over three million man hours without a lost time injury – a truly exceptional accomplishment,” says Brown.

In addition, Firestone Diamonds has scheduled its first diamond sale to take place in Antwerp in January 2017.

The diamonds that have been recovered are as expected and confirm the presence of fancy yellow diamonds. As the company continues with the ramp-up of production and begins treatment of run of mine ore from the main pit, Firestone expects that the quality and size of the diamonds recovered will improve.

The sale will complete early in February 2017 and thereafter the company expects to host two sales per quarter.

As Firestone Diamonds increases production through the ramp-up phase and begins to treat larger volumes of kimberlite from the main pit, it will obtain an enhanced understanding of the occurrence and value of large stones over time.

Firestone anticipates that the ramp up process to full nameplate capacity, being 3.6 Mtpa or 500 tph to recover up to 1 Mctpa, will take at least six months.

As previously mentioned, during the initial ramp-up phase, ore from mixed low grade stockpiles and diluted ore from the main pit will be processed through the plant.

The variability of this ore will therefore influence the recovery of run of mine carats and it is difficult at this stage to predict the average dollar per carat that will be achieved from the early diamond sales.

Costs are therefore projected to be in the region of US$12 to $14 t processed.

As the project continues to remain within the original $185.4 million budget and as at 30 September 2016, R1.8 billion or 83% has been spent on the Liqhobong project against the revised capital budget of R2.1 billion.

Firestone Diamonds notes that this does not include the $15.0 million standby facility available to the company.