During the past few years, similar to other commodities, there has been a slump in the demand for coal globally.

This has largely been caused by structurally changes in the Chinese economy – with a reduced demand for coal, coupled with increased investment in the renewable energy sector by China and other countries.

Coal has played and continues to play a major role in the South Africa economy for years, with its impact spanning the entire value chain – from production to beneficiation – with approximately 80% of South Africa's electricity derived from thermal coal.

Of the total coal produced in South Africa as at December 2017, 76.47 million tons were exported – a record-breaking year for the Richards Bay Coal Terminal. Coal thus plays a very important role in growth and development of South Africa.

However, despite this industry's role in the economy is being disrupted by a number of policy and regulatory changes in the market, such as climate change commitments by South Africa to reduce greenhouse gas emissions under the Paris Agreement, an uncertain regulatory framework for mining which have been causing jitters in the mining sector, and the policy shifts to reduce the contribution of coal as part of South Africa's energy mix.

The biggest disrupter for coal as a base-load energy source for South Africa is the gradual move to more reliable renewable energy sources.

This can be gleaned from the draft integrated resource plan of November 2016, which went through a public participation process during 2017, with the intention being to in the coming 20 to 30 years reduce the contribution of coal to the South African energy mix to less than 40%.

That implies a dramatic reduction in production in South Africa for the utilization in the domestic market, and probably also for the export market – despite some markets such as India still investing coal fired-power stations to ensure at least 200 million people has basic access to electricity.

In order for it to remain a relevant energy commodity in a future where coal will be plagued by carbon taxes, export restrictions and policies requiring the use of "clean coal" for energy production, there is a greater need for both producers (miners) and users (utilities) to invest in the advancement of clean coal technologies (such as carbon capture, underground coal gasification etc.).

These investment (which to an extent are already happening) will ensure that in the long-run it could, in a sustainable manner, continue to contribute to the economic development of regions such as South Africa, Botswana and Mozambique endowed with resources.

The investment in "clean coal" will further be a catalyst for the enhancement of other cross-sectors, as "clean coal" implies becoming more innovative and market leading – thereby growing and developing service sectors that supports a "clean coal" revolution.

In addition to the aforesaid policy consideration, producers of coal are plagued with regulatory uncertainties in the mining sector through vague and ambiguous requirements of the Reviewed Broad Based Black-Economic Empowerment Charter for the South African Mining and Minerals Industry, 2016 ("the new Charter") which is currently the subject of a lengthy court battle, including concerns relating to certain of the provisions of the Mineral and Petroleum Resources Development Amendment Bill, 2013 ("MPRDA Amendment Bill").

The regulatory uncertainties are having a detrimental effect on future investments in the mining sector, as investors are reluctant to invest in a sector where the 'rules of the game' are unclear and constantly in flux.

The new Charter has good intentions to the ensure meaningful transformation of the mining sector, however, there appears to be a number of provision of the new Charter that violate the rule of law.

The most evident being the proposed retroactive application of ownership requirements, the potential violation of international law commitments in respect of the local content requirement for the procurement of goods and services, and conflicts of certain provision with other laws and legal principles under South Africa law.

For miners, an added concern is the provision of the MPRDA Amendment Bill which empowers the Minister of Mineral Resources to declare certain minerals as so called "strategic minerals".

The Minister's right implies that once a mineral such as coal is declared as a strategic mineral – the export thereof could be restricted, subject to meet the domestic requirements at a set price.

The initial thinking behind the inclusion of this power for the Minister was to ensure the security of supply of minerals such as coal for the domestic thermal coal market.

It is not clear whether such a need has dissipated with the policy change on coals contribution to the energy mix, but remains a factor to be taken into account as part of any investment decision.

The authority of the Minster to declare certain minerals as "strategic minerals" must be clearly defined and set-out in either the principle act or regulations, similar to what is found under the Diamonds Act for the exportation of diamonds.

Without clarity on the authority of the Minister, specifically the objective grounds to be relied on in declaring a mineral as a "strategic minerals" – the export of coal by producers may be restricted despite forward orders for the supply of delivery of seaborne coal from buyers.

It is thus imperative for the industry to lobby for the "rules of the game" to be made clear at the onset – to avoid future costly disputes with the Minister on the scope of his powers.

During this year's World Economic Forum annual meeting in Davos, the Deputy President of South Africa has made various commitments to ensure that all the inhibiters to growth and development – such as policy and regulatory uncertainties – will be addressed.

In order to ensure sustainable growth and development for South Africa, which will be the catalyst for meaningful economic transformation, it is imperative that government has a serious dialogue with all stakeholders in the mining and energy sectors to root-out the evil called "uncertainty".

Uncertainty is the biggest cause for a decline in investments in the mining and energy sector – if the "rules of the game" is clear – more investment flow will be seen to critical sectors of the economy. 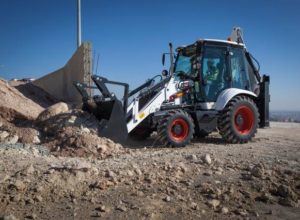