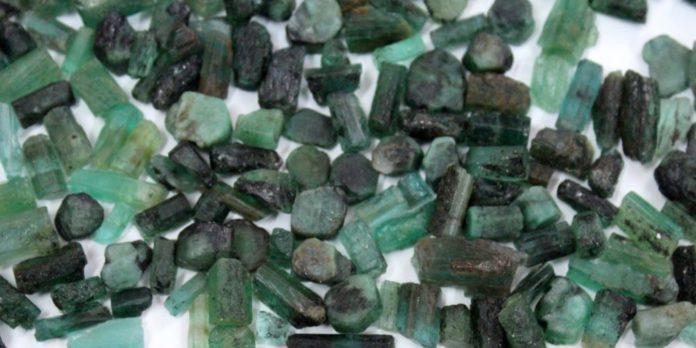 The auction realised an average value of $5.15 per carat – a new record for lower quality emerald auctions, while also pushing Kagem’s overall revenues up to over $100 million for the current financial year.

All of the proceeds of this auction will be fully repatriated to Kagem Mining, while all of the royalties due to the Government of the Republic of Zambia will be paid on the full sales prices achieved at the auction. [quote]

“The results from this auction mean that the Kagem mine has exceeded $100 million of declared revenues for the current financial year, and while we are confident that these numbers will be well surpassed in the years to come, we remain grateful for the part that each of our loyal staff members have played in ensuring that Kagem is the first mine to reach anywhere near this milestone in the history of the Zambian gemstone sector,” says Gemfields CEO Ian Harebottle said in a statement on Monday.

Kagem, a partnership between the Zambian Government and Gemfields, would not have reached the $100 million milestone without the governments belief in promoting a transparent and globally-competitive gemstone sector, he added.

Gemfields’ next auction is expected to take place in June 2016 in Singapore, and will be comprised predominantly of mixed quality rough ruby from the Montepuez ruby deposit in Mozambique.