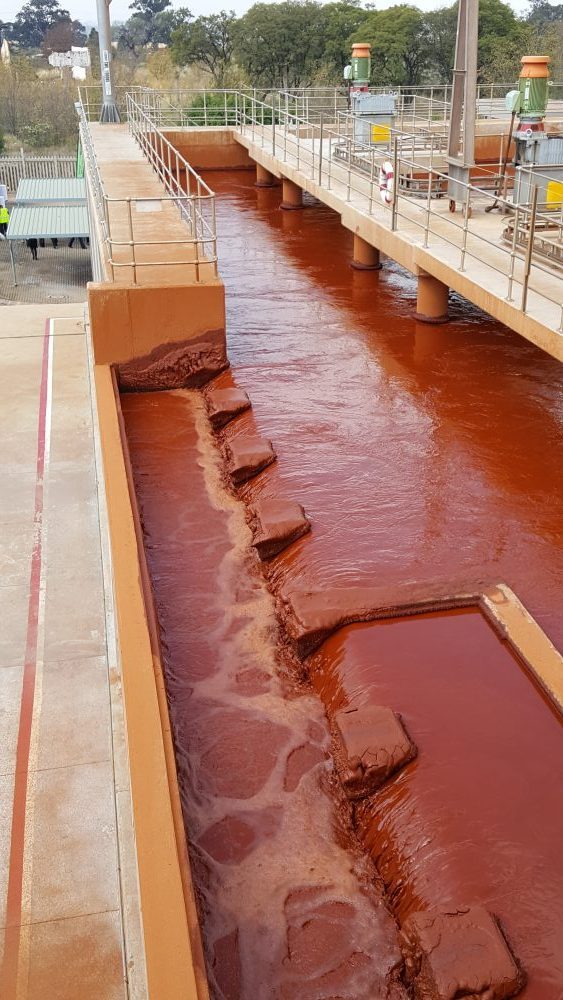 It has taken the Department of Water and Sanitation (DWS) five years to fully implement its short-term acid mine drainage solution which entailed the upgrade and construction of three plants designed to treat polluted water from old underground gold mines across the Witwatersrand’s three West, Central and East Basins.

“The solution promises to augment the water supply to the nation’s economic hub of Gauteng region… and will turn the acid mine drainage problem into a long-term sustainable solution,” Mokonyane said, speaking to media and guests at the Central Basin acid mine drainage treatment plant.

“By producing fully treated water that will significantly increase water supply to the Vaal River System and defer the need for further costly augmentation beyond Phase 2 of the Lesotho Highlands Water Project, for at least another 30 years,”

TCTA will accelerate the implementation of this project, with the following key milestones:

The combined cost of the emergency works and long-term solution projects is currently estimated to range between R10-12 billion the minister said.

“To this end, the funding model is based on equitable allocation to us government, the mining sector and water users. The mining sector is the contributor to AMD and should carry some share in the costs, without unnecessary overburdening the sector and threatening jobs.”

In recognising the benefits to the country from mining, government has decided that the fiscus should shoulder some of the costs as well.

[quote]“With the support of National Treasury, we have decided to cap the contributions of the water users to the cost of dealing with the problem to only 33% of the project cost. The intention of Government is to recover the balance of 67% from the mines through the proposed environmental levy.”

“In the interim however, prior to the implementation of the policy and associated consultations, government will cover the anticipated recoveries from the mining sector.”

The existing Rand Uranium was successfully upgraded to increase the treatment capacity sufficiently to stop uncontrolled decant of AMD since August 2012, thereby improving the water quality in the Tweelopiespruit.

Further upgrades to the plant are being implemented to further increase the treatment capacity to 50 mega litres per day.

A new High Density Sludge water treatment plant was successfully constructed in the Central Basin. The plant has been in operation since December 2014 and is currently treating 82 mega litres per day, sufficient to draw down the water level to protect the underground water resources and maintain the Environmental Control Level.

Construction of a new High Density Sludge plant in the Eastern Basin is nearing completion and the commissioning of the plant has commenced.

The Eastern Basin plant, of approximately 110 mega litres per day, is the largest of the three plants and one of the largest of its kind in the world.