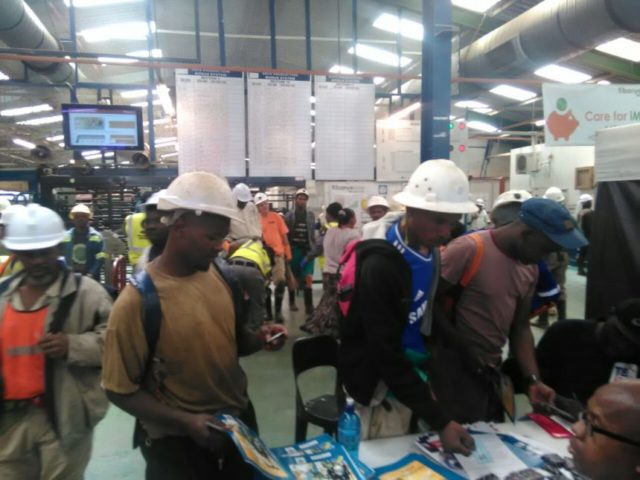 It is also in line with the World Health Organisation’s goals for reducing TB incidents and mortality.

Tuberculosis organisation ‘TB in the Mining Sector in Southern Africa’ states: “tuberculosis has affected mine workers for over a century. Despite it being a treatable illness, prevalence rates are going up and cure rates remain unacceptably low. Southern Africa has some of the highest rates of TB infection in the world, averaging at 591 cases per 100 000 people compared to the global average of 126 cases per 100 000 people.”

“The mining sector in southern Africa accounts for the highest level of tuberculosis infections in the region. Some of the contributing factors to this are: prolonged exposure to silica dust, poor living conditions, high HIV prevalence, and poor access to health care. Mobile populations contribute to a breakdown in continuity of care.”

The launch of the NSP is one of the highlights of tuberculosis month which is commemorated annually across the globe, to raise awareness about TB.

This fourth NSP seeks to scale up successes while introducing new strategies to prevent new infections, identify infected people sooner and successfully treat and care for them. It outlines the strategic framework for a multi-sectoral partnership to accelerate progress in reducing the morbidity and mortality associated with HIV, TB and STIs.

The document will be aligned with all national and provincial strategic plans on HIV prevention and its entire implementation will be monitored by Cabinet.

The NSP is the strategic guide for the national response to HIV, TB and STIs in South Africa. One of the objectives of the plan is to intensify focus on geographic areas and populations most severely affected by the epidemics.

The slogan of this new NSP is: “Let Our Actions Count” which is a call to action for all South Africans to play a part in achieving the goals of the plan.