South Africa – The updated estimate is for mineral resources amenable to underground mining methods within Platreef’s Flatreef deposit. It is the first update of the overall resource estimate to be issued in more than three years.

The new estimate includes the Turfspruit Cyclic Unit (TCU), which hosts the majority of the Flatreef mineral resources, and also two additional underground zones of mineralisation – the Footwall (FW) and the Bikkuri (BIK) – that occur in close proximity to the TCU.

The Platreef mine development project now underway is based on the Tier One discovery by Ivanhoe Mines’ geologists of PGMs, nickel, copper and gold on the Bushveld’s Northern Limb, located near the town of Mokopane in Limpopo Province.

The Platreef project is owned by Ivanplats, which is 64%-owned by Ivanhoe Mines. A 26% interest is held by Ivanplats’ broad-based, black economic empowerment partners, which include 20 local host communities that house approximately 150 000 people, historically-disadvantaged project employees and local entrepreneurs.

A Japanese consortium of ITOCHU Corporation and its affiliate, ITC Platinum, plus Japan Oil, Gas and Metals National Corporation and JGC Corporation, owns a 10% interest in Ivanplats that was acquired in two tranches for a total investment of US$290 million.

Highlights of the Platreef project’s updated mineral resource estimate include:

[quote]Ivanhoe Mines executive chairman Robert Friedland notes that the Flatreef deposit is characterised by its very large vertical thicknesses of high-grade mineralisation and a platinum-to-palladium ratio of approximately 1:1, which is significantly higher than other recent PGM discoveries on the Bushveld’s Northern Limb.

“The new resource estimate is further confirmation of our belief that the deposit will be a model for safe, mechanised, underground platinum mining in South Africa,” says Friedland.

“Ivanhoe’s geologists conducted an extensive core re-logging programme and reinterpreted the structure, stratigraphy and assimilation of host rocks. This re-interpretation, combined with the detailed infill and exploration drilling programmes conducted during the past three years, has produced a significant increase in estimated mineral resources. There still remains significant exploration upside, as the deposit is open along strike and down dip for several kilometres. We plan to continue advancing this remarkable project at an accelerated pace.”

Patricia Makhesha, MD of the Platreef project, also praised the accomplishments of the company’s geological team, several of whom have been with the project for more than a decade.

“We’re confident that the Platreef project will become a major mining operation and also will contribute significantly to job creation, skills training and economic development opportunities for people and businesses in the Mokopane region and Limpopo Province,” she adds. 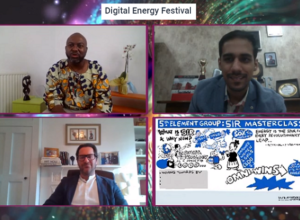