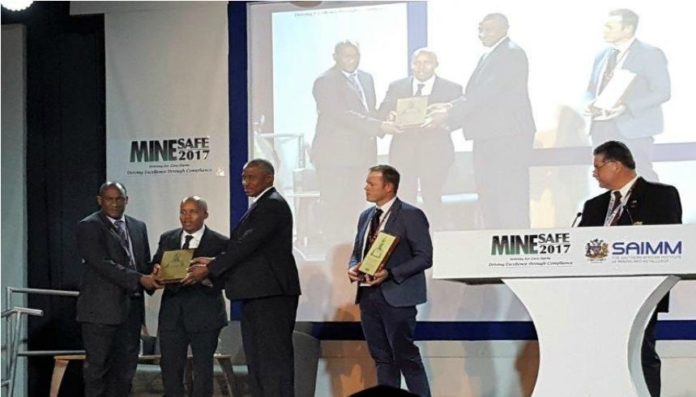 MineSAFE aims to advance the achievement of zero harm in the South African mining industry by bringing together management, the Department of Mineral Resources, the Chamber of Mines, trade unions, and health and safety practitioners at all levels of the industry to share best practice and strategies in this regard.

MSA Africa in particular has been involved with MineSAFE since 2011.

“This is testament to our ongoing commitment to improve safety records in all sectors of the South African mining industry continually,” stresses Hugo.

The award is named after the original founder of MSA, and introduced to the Canadian mining industry in 1941, before expanding globally.

It is sculpted to represent a father safely home from work, with his arms around the shoulders of his son and daughter.

This symbolises that the mine-worker is the most important commodity, together with the embodiment of safety best practice in the mining industry.