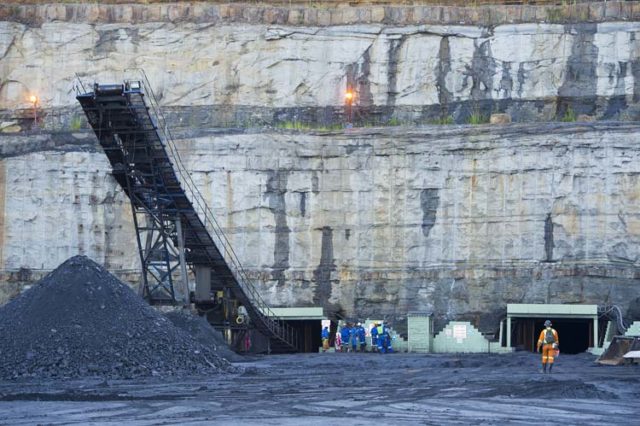 Keaton Energy, the JSE-listed coal company, is continuing to follow due legal process in its attempts to resolve the illegal industrial action by contractor employees.

Nasonti, a contractor to LME, employs all underground mine workers on-site at Vaalkrantz. Keaton’s key concern was and remains the safety of its own personnel, that of other contractors’ and the Nasonti employees.

Community members who wished to lend support to the Nasonti employees were peacefully withheld from site in the interest of their own protection and wellbeing.

Throughout the illegal industrial action by Nasonti employees, another area of concern to Keaton was their personal wellbeing as they refused to exit the underground to collect food and water which was offered by LME mine management.

On 9 February 2016 underground mining contractor Nasonti launched a s189A retrenchment process, citing financial pressure, and halted all operations at Vaalkrantz. Nasonti applied for voluntary liquidation, without informing LME before the process was completed.

On 29 February 2016, an uncertain number of Nasonti employees overpowered private mine security and entered the mine via the belt road at the West Gus Adit, Vaalkrantz, demanding payment of their outstanding salaries and retrenchment packages from Nasonti.

LME mine management initially made attempts to communicate with the employees in an effort to peacefully resolve the situation, which was unsuccessful. After further illegal actions by the Nasonti employees, resulting in damage to mine property, Keaton was forced to call on the Public Order Police. LME at this point also alerted the Department of Mineral Resources and organised labour and requested their intervention.

On 1 March 2016 the Labour Court granted Keaton an Eviction Order, which was subsequently served on the Nasonti employees on 2 March 2016 following their on-going rejection of continued attempts at peaceful resolution. The SAPS was represented onsite in line with a second court order.

In addition, Keaton arranged for additional private mine security and riot teams from Bidvest Coin Security to maintain the peaceable status quo as far as possible. On the afternoon of 4 March 2016, after having presented a three-part resolution plan proposed by LME mine management, Nasonti employees agreed to exit the underground workings.

No harm came to any person during the negotiation process. Production was largely unaffected given that Nasonti had halted operations and underground mining was temporarily on stop.

Notwithstanding the absence of any legal obligation on Keaton and LME, Keaton continues to engage peacefully with all stakeholders in an attempt to facilitate resolution in good faith and with the best interests of all in mind.