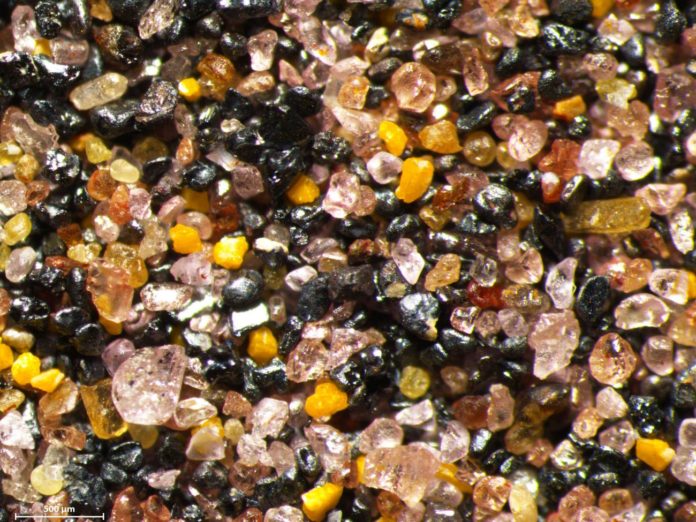 The TLA specifically entails Marenica providing its U-pgrade technology and expertise to Deep Yellow for use towards development of Deep Yello’s Tumas uranium project in Namibia in return for a licence fee for the entire life of the project.

The licence fee equates to around 25% of the net present value (NPV) of the Tumas project under a range of possible development scenarios.

Both parties sought to formalise the TLA after the successful test work programme recently completed by Marenica on the Tumas ore.

Marenica’s U-pgrade technology can potentially deliver such significant project and operating cost savings as to fundamentally impact the competitiveness of projects with suitable ores the company states.

Accordingly, under the TLA the two parties share the potentially considerable value created by combining the resource with the technology. As such, the TLA represents a landmark agreement for Marenica.

So long as the positive test results achieved to date continue, both parties are confident that the agreement has the potential to lower the uranium price hurdle for the Tumas project and bring development forward in the queue of projects waiting to be developed.

Murray Hill, Marenica’s MD comments, “We have long identified Deep Yellow’s Tumas project as a good fit for our first commercialisation agreement, based on the project’s high suitability for our technology, the project’s relatively advanced stage of development and the excellent cultural fit between the two companies.”

Importantly, the project is located in Namibia, a jurisdiction that is highly supportive of the uranium mining industry and with operating uranium mines in close proximity that could take the U-pgrade concentrate.

This agreement with Deep Yellow represents a watershed milestone for Marenica, being the first commercialisation transaction for the breakthrough U-pgrade technology.

Although Marenica has been confident for some time in the capacity of the technology to dramatically transform the economics of surficial uranium deposits, this agreement demonstrates that resource owners can see the technology’s value proposition, strengthening the prospects for further licence agreements commercialising the U-pgrade technology to follow.

“We are truly excited by our first commercialisation agreement which gives your management and board confidence that our technology not only has a valuable application in the real world but that third party resource owners recognise this and are prepared to pay for the value it brings their projects,” says Marenica’s chairman, Doug Buerger.

Deep Yellow recently completed a metallurgical testwork program using the Marenica U-pgrade technology with a view to fast tracking the development of its Tumas project in Namibia.

The project is located in the Erongo region, within a short distance of three major uranium processing plants.

The testwork conducted by Marenica revealed that the Tumas ore is amenable to beneficiation with U-pgrade and is capable of producing a concentrate containing <3% of the mined mass at relatively high uranium recoveries.

The project has JORC-compliant resources, which will be used as a basis to immediately commence a fast tracked feasibility study for the project. Marenica will assist Deep Yellow in that work.

Marenica’s U-pgrade technology has been proven to dramatically improve the processing properties of surficial uranium ores. This improvement has the potential to dramatically reduce the capex and opex for processing these types of ores.

Marenica is conducting discussions with several other uranium resource owners and believes this landmark agreement with Deep Yellow will encourage the progress of these discussions.