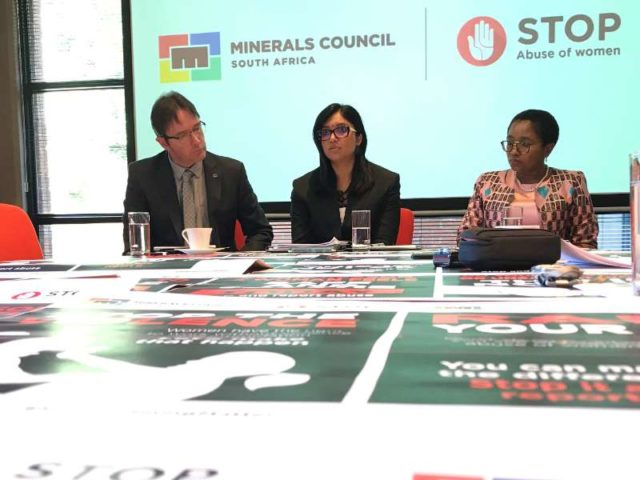 The Minerals Council South Africa has published a White Paper on Women in Mining to streamline the industry’s strategies to advance women in the industry.

The White Paper focuses, in particular, on improving the representation of women in the sector and encouraging leaders to make decisions that are in the best interest of women.

It forms part of ongoing work that the Minerals Council, together with its tripartite partners in government and organised labour, is doing to promote gender diversity and inclusion at all levels in the workplace.

The White Paper makes provision for ensuring that women are given ample opportunity to achieve their full potential at work, and prioritises the closing of the gender pay gap. The importance of policies and programmes that advance and protect women, including those that address gender-based violence and sexual harassment, is also emphasised.

While the number of woman working in the mining sector has increased significantly over the years, from around 11 400 in 2002 to 56 691 in 2019, women only represent 12% of South Africa’s total mining labour force of 454 861 people, which places the industry behind others in the country. South Africa also lags behind other mining countries such as Australia and Canada, whose representation of women in mining sits at 17% and 16% respectively.

“Because woman are in such a minority across the industry, we need a firm intervention to increase female representation in South Africa’s mining industry, one which is on the agenda at CEO level and can be actioned accordingly,” says Deshnee Naidoo, CEO, Vedanta Zinc International.

“The participation of women in business has been shown to positively influence the bottom line of companies and to contribute to enhanced sustainability,” says Naidoo, who the Minerals Council board member championing this initiative. “In the mining industry in particular, gender-inclusive workplaces have also been shown to be safer.”

“Gender transformation in the mining industry is a responsibility that I take very seriously given the many thousands of lives that we seek to impact positively. The true potential of the mining industry will be unleashed when we reach the goal of a 50:50 gender split – that is when we will begin to realise creating a net positive effect as an industry.” Naidoo adds.

Enhancing the representation of women in mining is both a business and moral imperative, but much remains to be done to attract and retain women at all levels of employment.

The White Paper offers an action plan for member companies to follow in order to address this issue proactively. It stresses the need for diversity and inclusion programmes that specifically include men, for the inclusion of women in mining to be part of KPIs in senior management performance plans, and for workplaces to be reviewed and adapted to ensure that women’s needs are catered for. It also pushes for women-focused job shadowing, training, recruitment, retention and succession planning interventions, and the need for collaborations with other partners that advance the cause of women in mining.

Of course, extensive time and effort need to be put into ensuring that working environments accommodate women in terms of ablution and childcare facilities, and that measures are put in place to ensure their safety and security. The Mine Health and Safety Council (MHSC), which has historically dealt with these areas – as well as issues relating to personal protective equipment and the impact of mining on reproductive health – will be establishing a separate committee on women in mining.

“A Minerals Council survey conducted in 2019 found that successful women in mining strategies are those that are led by CEOs,” adds Dr Balfour. “And we will be depending on the industry’s leaders to execute this strategy.”

Looking ahead, it’s likely that the modernisation of mining methods, which is so important for the sustainability of the sector, will lead to a levelling of the playing field between men and women. But while this may help to improve female representation in mining, it doesn’t mean that all the other related matters fall away. Concerted efforts by all industry role players will be required to ensure that these matters are addressed and that the objectives of the White Paper are achieved.

Minerals Council CEO, Roger Baxter, notes that addressing gender imbalances, and creating workplaces that are fair and safe for men and women, have long been a focus of the Minerals Council. This revitalised programme builds on the work we have done, and that the companies have done, in the past, but seeks to accelerate and elevate it into the future.