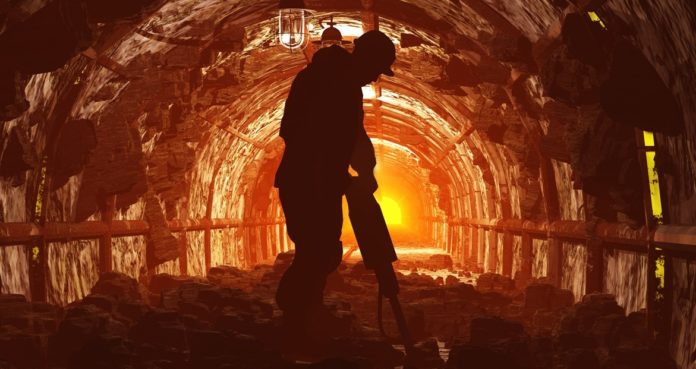 The Minister of Mineral Resources, Mosebenzi Zwane published the draft which seeks to strengthen the efficacy of the Mining Charter developed in terms of section 100 of the Mineral and Petroleum Resources Development Act, 2002 (Act No 28 of 2002) (MPRDA) as a meaningful transformation of the South African mining and minerals industry.

In this regard the reviewed Mining Charter is aligned to the provisions of the Broad-Based Black Economic Empowerment Act, 2003 (Act No. 53 of 2003) and the Codes of Good Practice (DTI Codes).

The draft reviewed Charter is accordingly published for a period of 30 days, as defined in the MPRDA, from the date of publication. During this period, the minister will engage with organised business and organised labour in the mining industry, to get their inputs on the draft.

Other interested and affected parties are hereby invited to submit written inputs and comments as per the Gazette notice, no later than 31st May 2016.

The Chamber of Mines noted the publication of a new draft of the broad-based socio-economic empowerment charter noting that it would be used as the basis for engagement between the DMR and key industry stakeholders.

At a meeting on Friday morning between Minister Mosebenzi Zwane and Chamber office bearers and a number of company CEOs, he and the Chamber team agreed on a process over the coming month, or beyond if necessary, on the content of a revised version of the Mining Charter.

This is the first sight the industry has had of the draft and the Chamber is now studying its content.

[quote]A further factor to be considered is that the Chamber is currently seeking clarity through the High Court on the interpretation of black economic empowerment ownership transactions carried out by the industry between 2004 and 2014.

This decision, which is only expected later this year, will undoubtedly influence both the assessment of the industry’s historical performance in terms of ownership and the way forward and could significantly influence this version of the Mining Charter.

Says Chamber President Mike Teke: “With more than a decade of the application under our belt, we have better understanding of the drivers of transformation that yield the most desirable outcomes, and some of the potential pitfalls.”

“We look forward to constructive interaction with government and the other stakeholders in the period ahead. It is in all of our interests that a mutually acceptable version of the revised charter is finalised at the earliest opportunity.”

Gold major Sibanye’s CEO, Neal Froneman said: “It is disappointing that the draft Mining Charter was published without extensive consultation, and while court procedures seeking to clarify elements of the previous Mining Charter are still in process.”

“The proposed Mining Charter contains aspects that are not acceptable in our view, if they are applied retrospectively and these aspects will have to be resolved in the consultation process”.

“We do however note the commitment by the Minister to continued engagement with the Chamber. We hope that a mutually acceptable final agreement can be reached, which will not further affect investor confidence and impact on investment in the local mining industry” concluded Froneman.

The National Union of Mineworkers (NUM) welcomed the revised draft and will look to meeting with the minister to provide its input the organisation stated.