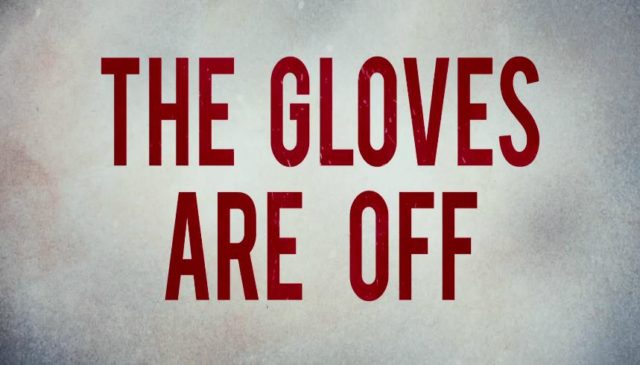 Minister Mosebenzi Zwane has filed his answering affidavit to the Chamber of Mines’ urgent application to prevent the implementation of the Mining Charter.

The Department of Mineral Resources (DMR) states the answering affidavit deals decisively with a number of fallacies – pronounced as truth – by the applicant.

The department has issued a statement that reads as follows:

“The answering affidavit demonstrates that every complaint of the applicant in respect of the Mining Charter is, in essence, an attempt to block effective and meaningful participation of black persons in the mining and minerals industry.

“The opening statement made by the applicant in its founding affidavit is that it is committed to ensuring transformation in the mining industry and supports the objectives of the Mineral and Petroleum Resources Development Act (MPRDA). The answering affidavit filed by the respondent today proves that the contrary is true.

“The Mining Charter was never meant to be an ‘aspirational document’ as is suggested by the applicant.

“At the time of the drafting of the MPRDA and in particular section 100(2) thereof, the legislature contemplated that the Mining Charter would be a convenient and flexible mechanism enabling the minister to respond to a fluid and constantly evolving situation regarding methods for the achievement of the relevant objects set out in the MPRDA.

“The intention was that, over time, as it was discovered that some aspects of the Mining Charter worked and others did not, the minister could – effectively and relatively expeditiously – give effect to section 100(2) and some of the key objects of the MPRDA.

“The applicant assumes that the broad MPRDA objectives and policies captured in the Mining Charter’s framework and targets were permanently cast in stone in 2004 and remain so save for an amendment to the MPRDA.

“This interpretation runs contrary to the spirit, purport and objects of the MPRDA.

“The MPRDA very clearly empowers the minister of Mineral Resources to develop a Mining Charter.

“This legislative instruction bears legal consequences which follow the development of the Mining Charter by the minister.

“Parliament therefore, in empowering the minister to develop the Mining Charter, was intent on ensuring that government’s objectives of redressing historical, social and economic inequalities must be achieved in the broadest manner possible.

It is the view of the minister (based on legal advice) that the applicant has not met the requirements for an interim interdict for the following reasons:

“The applicant has complained quite extensively in the media and in their court papers, to which the deponents have sworn on oath, that no meaningful consultation had taken place.

“The department has devoted considerably more time, energy and resources to dealing with the applicant and its concerns than any other stakeholder in the industry.

“A schedule attached to the answering affidavit evidences that over the period March 2016 to March 2017 there were at least 17 substantive meetings and extensive engagements which the department held with the applicant in relation to the draft 2017 Mining Charter.

“The reasons for this were as follows:

Response from the Chamber of Mines

“The Chamber of Mines notes the aggressive nature of the statement, and also the manner in which the statement makes judgments that are properly the province of the High Court.

“We will seek to limit our comments to matters of fact and of public policy.

“The DMR in its statement continues to claim that the chamber is opposed to transformation. This is simply not true, and the ongoing changing of the face of the industry over many years demonstrates that.

“The chamber’s only proviso is that transformation must be implemented with regard to what is achievable bearing in mind the realities of the situation the industry faces.

“In contrast, the transformation advocated by the DMR in its Reviewed mining Charter is designed to benefit the interests of a select few while killing any appetite for investment and leading to further job losses in an industry that has already experienced a significant reduction in employment levels over the past few years.

“The DMR’s Reviewed Mining Charter is designed to extract billions of rands in revenues annually from mining right holders into an agency controlled solely by the Minister of Mineral Resources. This agency has no governance in place and the irresistible conclusion is that its purpose is not to benefit transformation.

“There is no transparency or, indeed, any indication as to who will ever have the opportunity to access these funds, and how the funds will be applied in a publicly accountable manner. This is further an unconstitutional attempt to collect an additional tax.

“Claims that the DMR and the chamber have met on 17 occasions between April 2016 and March 2017 are misleading. The DMR disingenuously confuses the meetings held to resolve the declaratory order court process to resolve the issue of continuing consequences of previous black economic empowerment transactions, which was started long before the first draft of the unilaterally developed Reviewed Mining Charter was published by the DMR, with actual discussion about the Reviewed Mining Charter.

“According to the chamber’s records and detailed notes from each meeting, only two meetings in 2016 were related to non-ownership aspects of the Reviewed Mining Charter. In each of these meetings the DMR only listened to the chamber’s inputs without providing input or taking these into account.

“During 2017, the chamber has met with the DMR on six occasions where some non-ownership elements were discussed, but the primary focus was on the declaratory order court application.

“The DMR then published another version of its Reviewed Mining Charter on 15 June 2017, which was substantially different to the version published previously.

“Again, this was the first time the chamber had sight of the document which contained substantive provisions never before discussed between the parties. This cannot honestly be described as consultation. This is unilateral determination.

“The DMR’s Reviewed Mining Charter will not serve the interests of South Africa. It is aimed at benefitting a select few, will destroy investment, lead to further job losses and will cause irreparable damage to the mining industry.”