The Mineral and Petroleum Resources Development Amendment (MPRDA) Bill in its current form should be entirely withdrawn.

This is the view of Herbert Smith Freehills Africa co-chair and partner Peter Leon, who was speaking at MineAfrica’s 11th Investing in African Mining seminar in London recently.

“Our courts have consistently preserved the separation of powers, striking down any statutes that give the executive the power to make law, or even excessive discretion in the administration of the law,” says Leon.

This is one of the obstacles standing in the way of the Mineral and Petroleum Resources Development Amendment Bill, 2013, drafted shortly after the 2012 policy conference where the ANC had resolved that South Africa’s endowment of minerals (especially platinum, iron ore and coal) “urgently” be targeted for “State intervention with a focus on beneficiation for industrialisation”.

“Significantly, it would empower him to ‘designate’ minerals to be offered at discounted prices to local beneficiators, failing which they may not be exported without his prior consent.  Not only would this likely contravene South Africa’s international obligations as a member of the World Trade Organisation, the granting of such wide powers to the executive would likely not pass constitutional muster.”

Despite being warned of this, the ANC Parliamentary “caucus” rushed to pass the Bill before the 2014 general election, permitting only three weeks of public consultation in Parliament’s upper house, the National Council of Provinces.

After the election, however, Minister Zwane’s predecessor, Ngoako Ramathlodi, asked President Zuma not to assent to it.  Thus, in early 2015, the President exercised his constitutional prerogative to refer the Bill back to Parliament for reconsideration.

It languished there for another year, before a new public consultation process was undertaken, which concluded just last month.

The reconsideration process has generated a new range of procedural missteps, and has failed to address any of the substantive problems in the Bill.  Consequently, in my view, the only constitutionally acceptable solution, now, is to withdraw the Bill entirely.

“Despite the failings of the executive and the legislature, however, the South African citizenry, as well as the wider investment community, can confidently rely on the third branch of State, the judiciary, to hold the other branches to the discipline of the Constitution.  The courts have not hesitated to intervene when the executive or the legislature have violated the Bill of Rights, the principles of good governance, or even the country’s international obligations.” 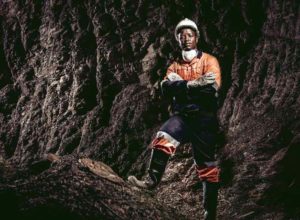