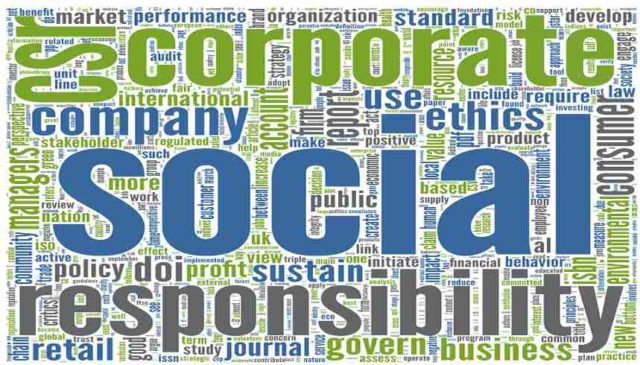 Norton Rose Fulbright South Africa is committed to highlighting and educating the African mining industry on the importance and long-term benefits of CSR.

Together with the High Commission of Canada in South Africa and advisory firm Eunomix, Norton Rose Fulbright, has hosted two panel discussion events over the course of 2016 and 2017 that bring key industry players and mining companies together to learn about the benefits of corporate social responsibility (CSR) and how best to incorporate them into their businesses. 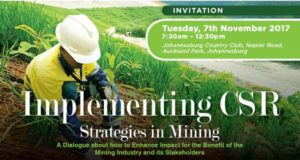 To attend the third Norton Rose Fulbright event in this series on 7 November 2017 in Johannesburg please see details at the end of this article.

The most recent event was part of the High Commission of Canada and its partners’ longer term strategy to support CSR efforts in South Africa, building on the first even discussion at the 2016’s Investing in African Mining Indaba.

The event was well-attended by mostly senior executives from various organisations (mining companies, NGOs and academics).

Ultimately, the key theme and outcome from the events was to remind industry that the biggest risk faced by mining companies is a failure to maintain their social licence to operate and that CSR (if done properly), is a way of mitigating this risk.

The main topics raised by the panellists include the following:

A solution raised at the event which would work well towards encouraging CSR was the establishment of a centralised fund which all mining companies contribute towards which would be used by communities to obtain legal advice and other capacity-building support to ensure that they can engage with other stakeholders on a level playing field.

Mining companies also need to recognise that communities often have conflicting interests, and so engagement must take place with interest groups within the communities.

Service and labour plans (SLPs) need to be aligned with government development plans with local municipalities’ integrated development plans (IDPs), to ensure that CSR projects appropriate to the specific communities’ needs are put in place and can be implemented properly.

The industry needs to take control of the conversation, and engage more broadly on CSR issues, especially with local governments, as more dialogue is required.

Community perceptions of mining projects are essential and obtaining a social licence to operate from surrounding communities will surely contribute to decrease operational risks. Using social media has been identified as a good practice to further engage with communities.

In CSR strategies, more collaboration should be developed with other sectors of the economy.

The industry typically makes the biggest financial contributions to the communities in which it operates, but it may not be entirely fair to place this burden on the industry alone.

The traditional approach of CSR, where mining firms were developing programmes predominantly aimed at ticking compliance boxes, is no longer acceptable.

Monitoring and evaluation by independent bodies (or perhaps government), as well as transparency, are lacking and are sorely needed.

It was recognised that mining cannot continue with “business as usual” and improving the outcomes of CSR is critical. The panellists also reached agreement that good CSR or social investment strategies cannot be an afterthought.

A new form of stakeholder engagement is required, one that balances the demands of multiple groups.

In South Africa, the situation is further complicated by industry’s need to recognise and address the nation’s turbulent past to achieve progress in trust building between stakeholders.

If mining companies can start aligning their investments with the underlying and long-term needs of their disparate stakeholders, and further explore the concept of shared value – demonstrating the interconnectedness of corporate competitiveness and community prosperity – they could earn not only the social license to operate, but also the license to grow.

Be part of the next CSR discussion

Norton Rose Fulbright, together with its partners, will be hosting a third CSR-focused seminar on 7 November 2017 at the Johannesburg Country Club in Aucklandpark, Johannesburg.