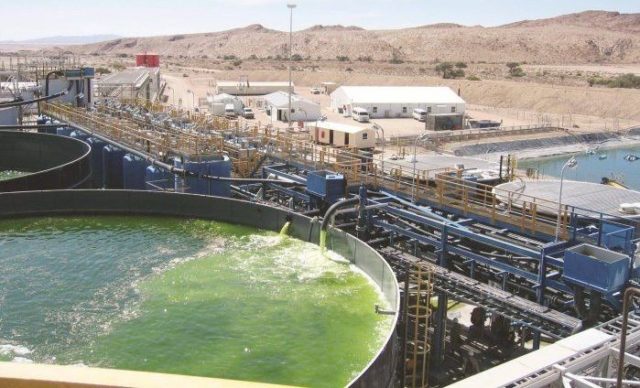 Paladin Energy, the dual listed uranium company on Monday announced a one-off US$81.4 million reduction in total debt to $362 million.

This will be achieved through a repayment and termination of the $56.4 million Langer Heinrich mine (LHM) syndicated facility and an additional repurchase of a principal amount of $25 million (the CB repurchase) of its outstanding $237 million 6.00% Convertible Bonds due in 2017.

The CB repurchase together with the early repayment of the LHM syndicated facility generate cash savings to the company in the form of avoided future interest and, in the case of the CB repurchase, reduced principal repayment.

The combined cash savings over the period to 30 June 2017 amount to $7 million. The avoided interest on both loans and the elimination of the LHM syndicated facility mandatory principal amortisations have the effect of reducing Paladin Energy’s guidance for ‘all in’ cash expenditure excluding one-off initiatives for the second half of FY2016 to a range of $33/lb to US$35/lb (previously guided to be $35/lb toS$37/lb).

On completion of the debt reduction and LHM refinancing, the net increase in financial flexibility to Paladin results in a reduction in the external capital required to refinance the remainder of the 2017 Convertible Bonds by approximately $25 – $35 million.

Repayment of the LHM syndicated facility

Paladin Energy has resolved to repay the entire $56.4 million remaining drawn under the LHM syndicated facility and terminate it. The process of providing notice to its lenders under the terms of the facility is underway.

Cash expenditure for the termination is expected to be approximately $57.1 million, which includes the principal outstanding plus accrued interest up to the date of termination. The LHM syndicated facility currently has an interest rate of approximately 5.08%.

Terminating the facility has a number of benefits for the company, including:

Paladin Energy has repurchased an additional $25 million of its 2017 Convertible Bonds. Cash expenditure for the repurchase is approximately $23.5 million (including interest to the repurchase date) as the bonds were bought back at an average price of 92%.

The repurchase results in approximately $3.7 million of cash savings to Paladin in the form of avoided principal and coupon repayments over the period to maturity in April 2017.

This repurchase, together with earlier repurchases of $37 million, i.e. combined total of $62 million, has reduced the principal amount outstanding of the 2017 Convertible Bonds from $274 million to $212 million.

Subject to approval of final terms and key consents, Paladin Energy intends to put a $25 million, 12-month revolving working capital facility in place at LHM. The purpose will be to provide a buffer facility that can be drawn in periods where LHM-level working capital requirements are in deficit, mainly due to the timing of sales receipts.

The provider of the revolving working capital facility is one of the company’s existing lenders under the LHM syndicated facility. The same lender would take over the Malawi-based Kayelekera environmental performance bond on an exclusive basis.