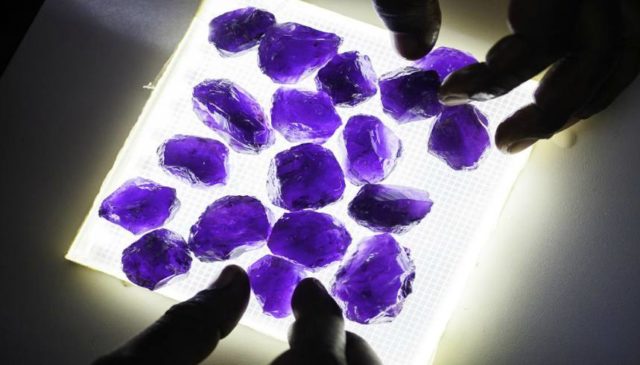 This development phase of Pallinghurst Resources has now been achieved with three key assets successfully developed.

These include Gemfields, a leading supplier of responsibly sourced coloured gemstones, Tshipi, one of the lowest cost manganese producers in the world; and Sedibelo, a large scale open pit PGM mining operation in South Africa.

The development of these assets has created significant uplift in the net asset value of Pallinghurst Resources. This value, however, has not been reflected in Pallinghurst Resources’ listed share price given the complexities in the structure, complex accounting policies which makes comparison to peers difficult and which is compounded by the lack of consolidated earnings and cash flows.

To unlock value, Pallinghurst Resources now proposes to address these issues and implement a restructuring of the group which will include: Making an offer which, if approved and implemented, will result in Pallinghurst Resources acquiring the entire issued and to be issued share capital of Gemfields not already owned by the Pallinghurst group; post the completion of the offer, move to de-list Gemfields from the AIM market of the London Stock Exchange (LSE); the potential conversion to an operating mining company; and collapsing Pallinghurst’s investment structure and simplifying its management arrangements.

The result will be a renewed Pallinghurst Resources with a simplified operating model and an in-house management team. The value of the underlying assets will be more clearly demonstrable with clearer earnings and operating metrics that can be benchmarked against industry peers. The revised structure model will allow Pallinghurst Resources to rationalise costs across the group by simplifying the group’s structures.

Description of the offer

Pallinghurst Resources intends to make an offer which, if approved and implemented, will result in Pallinghurst acquiring the entire issued and to be issued share capital of Gemfields not already owned by the Pallinghurst group.

Under the terms of the offer, Gemfields shareholders will be entitled to receive for each Gemfields share: 1.91 new Pallinghurst Resources  ordinary shares in respect of which valid acceptances are received.

The exchange ratio of the offer has been determined using the 30 day volume weighted average price for Pallinghurst Resources and Gemfields as well as the spot ZAR/GBP exchange rate as on 17 May 2017.

Based on the closing exchange rate of ZAR17.14=£1.00 and the closing price of the Pallinghurst ordinary shares of ZAR3.45 on 17 May 2017, being the Latest practicable date before the offer announcement, the offer values each Gemfields share at 38.5 pence and values the entire issued and to be issued ordinary share capital of Gemfields at approximately £211.5 million.

Pallinghurst’s management has a strong track record of effecting cost reductions in its investments and intends to work with Gemfields management in reducing the overall cost profile of the enlarged group following the acquisition.

Following the completion of the offer, Pallinghurst intends to engage with Gemfields management to identify opportunities for cost reduction, including, but not limited to, streamlining the management, administration and removing any overlapping functions.

Accordingly, it is Pallinghurst’s intention to apply for the de-listing of Gemfields from the AIM market of the LSE (assuming that the Offer becomes unconditional) and, subject to reaching at least 90% of the Gemfields shares to which the offer relates, compulsorily acquiring all of the remaining Gemfields shares.

Pallinghurst believes that the proposed restructuring and integration of Gemfields will enable Gemfields to perform to its full potential, materially improve trading liquidity and promote a re-rating of the enlarged group.

The offer is expected to close in the third quarter of calendar 2017.

Pallinghurst is listed on the JSE and BSX. Following the offer, Pallinghurst will consider the optimal listing locations for the enlarged group. Whilst no decision has been taken, Pallinghurst will engage with its shareholders and could consider moving the BSX listing to a premium listing on the main board of the LSE.

There are no certainties around this consideration and there is no guarantee that if an application is ultimately made to the UK Listing Authority, it will be successful. The Pallinghurst Board is continuing to explore various options to maximise shareholder return and it will continue to update shareholders if and when matters progress.

Consistent with the conversion to a mining operating company, listed in the diversified mining sector, Pallinghurst proposes to internalise its management.

Accordingly, the board of directors of Pallinghurst have approved the service agreements which will result in them making a further five year commitment to Pallinghurst and being committed to a restraint of trade during this period as well as for a 12 month period following a termination of their employment.