LSE-listed Petra Diamonds has confirmed it is experiencing labour disruption at its Finsch mine and disruptions at its Kimberley Ekapa Mining JV operations.

Further to the release of Petra Diamonds’ preliminary results in which it noted that labour relations volatility could be experienced prior to the finalisation of its new wage agreement for its operations in South Africa, Petra Diamonds has confirmed that it is experiencing labour disruption at its Finsch mine – and there is also disruption underway at its Kimberley Ekapa Mining JV operations.

Petra Diamonds is currently assessing the impact on both operations.

Although underground and surface mining have been affected, plant treatment is continuing at near normal capacity at both operations treating surface material and available stockpiles.

Normal operations are continuing at Cullinan and Koffiefontein.

Petra Diamonds is in ongoing discussions with the National Union of Mineworkers in order to resolve the situation and is closely managing the situation to ensure the least possible impact on group production.

These disruptions have happened on the back of a parcel of diamonds from the company’s Williamson mine in Tanzania been blocked from export to its marketing office.

Petra Diamonds confirmed that a parcel of diamonds (71 654.45 carats) from the Williamson mine in Tanzania had been blocked from export to Petra Diamonds’ marketing office in Antwerp and that certain key personnel from Williamson have been questioned by Tanzanian authorities.

The Williamson mine is held 75% by Petra Diamonds and 25% by the Government of the United Republic of Tanzania, and Petra confirms that all operations related to the mine are conducted in a transparent manner and in full compliance with legislation in Tanzania and the Kimberley Process.

The government has complete oversight of the diamonds produced at the mine, which are physically controlled by a number of different government representatives in conjunction with Petra Diamonds from the point of recovery until the point of sale.

Petra Diamonds is not responsible for the provisional valuation of diamond parcels from Williamson before they are exported to Antwerp; this is carried out by the government’s Diamonds and Gemstones valuation agency.

The competitive open tender process used by Petra Diamonds is also used by several other diamond mining companies and has a proven track record of transparent price discovery. 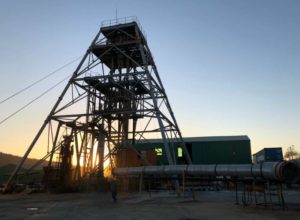