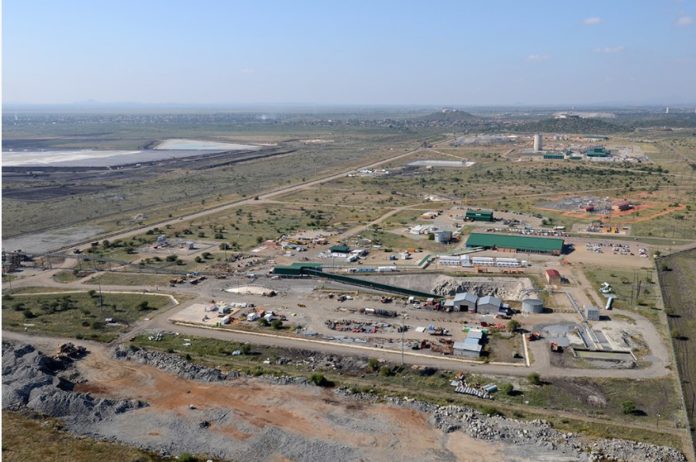 South Africa – This access is an important part of the next several years of scheduled mining. Seam thickness where accessed is approximately 2 m, with a well-developed and near flat dipping Merensky Reef present as modelled.

Maseve is located on the Western Limb of the Bushveld Igneous Complex, South Africa.

CEO R. Michael Jones comments: “Access to Block 11 has been a primary objective for the last two years. We are very pleased to find the reef in this area as good or better than expected. We are currently driving primary access along Block 11.”

“Breakaway drives for mining are also in process. We are excited to mine the excellent tonnes and grade available in Block 11 as we continue to drive for volume.”

This block is modelled as flat dipping at an average of 9°, with an average seam thickness of 157 cm.

Initial mining in Block 11 consists of ‘on reef’ development of both primary access and breakaway tunnels and material from these excavations is being fed into the mill. Low profile bord and pillar mining in Block 11 will commence in the weeks ahead.

The Maseve mine is fully constructed and is in the ramp up phase of production. Development has established approximately 20 ends where the Merensky reef is exposed and of these 18 are currently working ends. Recent efforts have been focused on primary access development.

Active stoping areas are increasing as development and set up is completed on Merensky reef ends.

[quote]The deposit blocks that have been accessed for current mining continue to show good grade thickness correlation to the block model as reported earlier. Mining methods have been varied based on any changes in the dips and position of the reef and the primary grade thickness of the reef has been appropriately modelled.

There are currently no planned changes to earlier resource and reserve estimates. Recoveries and performance of the mill have been at or above design criteria and the plant can handle throughput in excess of the nameplate 110 000 tpm through the current MF1 circuit.

Production challenges have related to the ramp up of stoping tonnes. Project construction savings have offset some but not all of the costs resulting from the delay. Difficulties and delays have been experienced in certain areas of underground infrastructure, causing bottlenecks in the movement of waste and ore out of the mine.

Completion of the first underground silo top, the addition of a belt loader at this silo and future top and bottom completions at silos two and three are expected to increase production from September 2016 into 2017.

Direct Platinum Group Metals oversight of the underground contractors has been increased in the past 60 days. Underground equipment maintenance management has been changed and equipment availability is improving.

Feed to the plant since commissioning in March until July 2016 has been substantially comprised of low grade development stockpiles. Mill feed is currently a combination of mined stoping tonnes and development tonnes from primary headings where Merensky Reef is present.

Looking forward, tonnes mined are scheduled to increase as key mining blocks are accessed, developed and stoped. Successful stoping in bord and pillar areas and long-hole areas has now started and is ramping up. Grade of material feed to the mill is increasing as the proportion of stoped tonnes increases relative to development tonnes.

A conveyor from underground has been commissioned that feeds directly to the overland conveyor and into the primary crusher and mill. In the months ahead a final conveyor leg directly to Block 11 is planned to be installed, which will greatly improve the ability to move good grade tonnes out of the mine and directly into the mill.

Monthly production at Maseve is increasing. During the month of August, 2016 the Maseve Mine produced 1 893 oz 4E and associated copper and nickel in concentrate. Initial monthly revenue from concentrate sales before commercial production are treated as a reduction in project capital cost.

Production is expected to double in September 2016 from August levels and then continue to increase monthly into 2017.