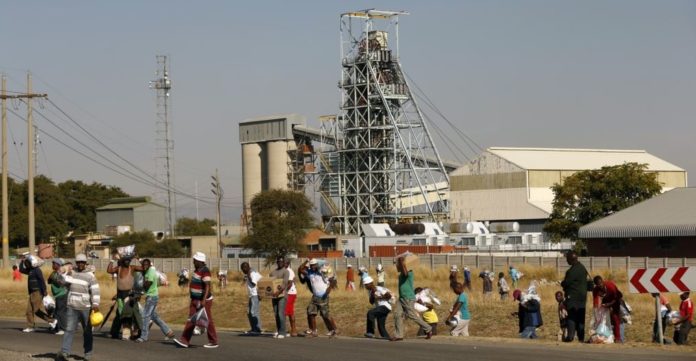 Bench Marks Foundation believes that the revised charter does not adequately address the “drastic imbalance” between local ownership and foreign ownership and it ignores the negative impact that mining has on the communities.

This is despite the aim of the new charter being that of reducing the Broad-Based Black Economic Empowerment (BBBEE) shortcomings of the current Mining Charter.

BBBEE ownership is still restricted to 26% while foreign ownership by law is 74%. Of the 26% BBBEE ownership, 5% must now go to an employee share ownership scheme and 5% to the community on whose land the mine is located.

Part of the concern surrounding the new charter, Capel says, is the community share that is realised through the chief who is represented on a trust.

Many communities do not trust the chiefs through whom the share is realised. As a result, Capel believes this will not benefit individual workers, but will enrich the trade union bureaucracy.

Moreover, BBBEE shares are sold to BBBEE shareholders. This means that the employees and the communities affected must obtain bank loans to afford these shares. Bench Marks believe that the shares should be donated to communities as compensation for the loss of land, and not sold.

Additionally, the proposed charter has been amended to include the setting up of a community development fund consisting of 1% of turnover. While this is a start, the Bench Marks Foundation doesn’t believe it is enough and suggests acting more boldly on behalf of South Africans by increasing this to 10% or 20%.

“Only if these points are included or revised will we be looking at a Charter that really takes South Africa and its citizens’ best interests to heart,” says Capel.