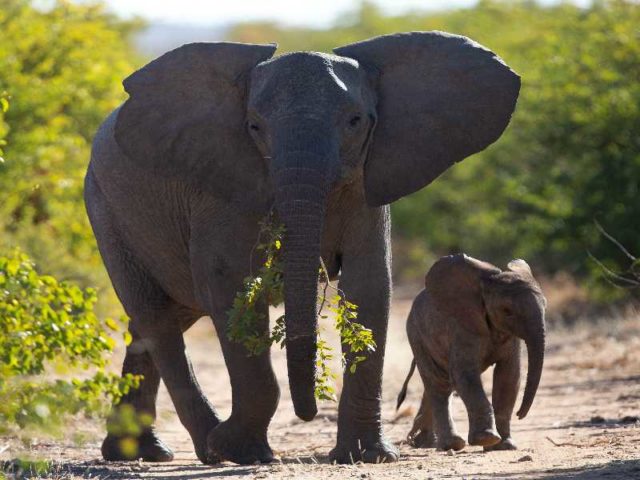 Towards the middle of 2019 De Beers Group had passed the halfway mark in executing one of the most significant and large-scale environment-sustaining projects ever undertaken by a mining company – to relocate 200 elephants from its Venetia Limpopo Nature Reserve in South Africa to a national park in Mozambique.

The Venetia Limpopo Nature Reserve, a De Beers conservation area located in close proximity to its Venetia mine, currently undergoing a major life extension project, is home to a thriving elephant population (about 270 at the start of January 2018).

This has steadily been affecting the reserve’s broader ecosystem which only has a carrying capacity of just 60 elephants.

Through Peace Parks Foundation, a non-profit trans-frontier conservation organisation whose aim is to re-establish, renew and preserve large functional ecosystems, the perfect opportunity presented itself to not only achieve this goal but help another ecosystem desperately in need.

Mozambique’s elephant population was devastated during the civil war between 1977 and 1992.

Relocating the elephants to an area hungry for the species which is 12 times bigger than the Venetia reserve and therefore well suited to providing for their needs, made perfect sense.

Called the ‘Moving Giants’ project – De Beers and its partners, the Peace Parks Foundation and Conservation Solutions, experts in wildlife management whose team manage the challenging logistics and veterinary care of the elephants throughout the relocation process – have in the space of two years (2018 and 2019) already moved 101 elephants a distance of 1 700 km to their new home, the Zinave National Park in Mozambique.

At the beginning of 2018, the park was home to only eight elephants.

A total of 48 elephants were translocated in July and August 2018. These elephants, moved in family groups, consisted of matriarchs, younger males and females, and calves.

This is absolutely essential for a species that relies on social cohesion and as such became a massive undertaking over above just the relocation.

The 48 elephants already moved have been seen integrating with other herds at Zinave over the past year and are now flourishing with more space and food now available to them.

In 2019 the first groups of elephant were corralled at the Venetia reserve on 25 June, before making their journey by road to Zinave where they were released two days later.

The next groups arrived at Zinave in July 2019, bringing the total number of elephants moved in 2019 to 53. The remaining elephants at the Venetia reserve are expected to be moved to national parks in Mozambique with sufficient elephant carrying capacity from 2020

The entire process has prioritised the well-being of the elephants and all personnel involved. This required the elephants to be sedated during the move to prevent trauma.

Over and above this De Beers Group has maintained safety as one of its highest priorities, a non-negotiable requirement for all aspects of its mining business.

De Beers Group is further supporting its elephant translocation investment by providing Peace Parks with a further US$500 000 investment (over five years) from the Anglo American Foundation to enhance and extend anti-poaching support measures.

Before the company committed to the first translocation, it undertook its own due diligence to ensure the elephants would not be subject to poaching.

At Zinave, 25 new field rangers have been trained and employed from local communities, an operational aircraft has been purchased for aerial surveillance, and a digital radio network has been installed.

An Anti-Poaching Operations Control Room has also been established to coordinate efforts to prevent poaching throughout the park.

In addition to the elephant relocation, De Beers donated (as of mid-2019) 11 giraffe and 75 zebras to Zinave.

Comments from the judges: