The aim of Khumbul’ekhaya is to drive and sustain the mining industry’s pursuit of Zero Harm, with a particular emphasis on eliminating fatalities and was borne out of the increase in fatalities in 2017 – the first regression in a decade – which resulted in deep introspection among CEOs.

It prompted the Minerals Council Board to urgently initiate several measures to address this trend, including intense scrutiny of the major causes of accidents, research conducted through the Mine Health and Safety Council and the launch of the National Day of Safety and Health in Mining 2018.

Khumbul’ekhaya, which is complementary to and supportive of existing initiatives, has four critical drivers:

While there are several health and safety initiatives aimed at Zero Harm, this is the first CEO-led programme of its kind.

The continued show of commitment by the Minerals Council South Africa and the CEO’s of its member companies towards eliminating fatalities is a means to reinvigorate and place a spotlight on the need for a constant pursuit of health and safety by all of the country’s mining companies.

“In wake of safety regression in SA in 2017, the Council launched the National Day of Safety and Health in Mining.  Zero Harm initiatives bring together CEOs of member companies to address top-down,” Tom Quinn

“I like this one because it is an industry wide initiative led by senior management and has the potential to reach more people in the industry,” Jim Pooley

Creating a workforce for 4IR 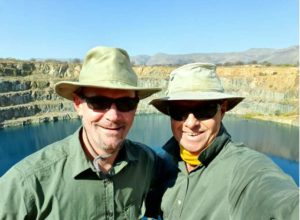