Solidarity is shocked and disappointed to learn that nearly 10 200 jobs could be lost at Sibanye Gold through retrenchments.

Solidarity points out that although the official figure for the number of affected workers stands at 7 400, there are also about 2 400 contractors, 365 employees not yet placed as part of an earlier scaling-down process, and also approximately 50 people in management positions affected by an unrelated process due to the separation between Sibanye’s South African operations and its USA interests.

This brings the total number of affected employees to 10 200.

“When taking into account that every mine worker takes care of about ten dependants and that many more jobs along the line are lost for every full-time miner’s job abolished, the retrenchments will have a major impact on innocent people,” says Solidarity general secretary, Gideon du Plessis.

“In addition to the fact that it is perturbing that Sibanye’s respective management teams have communicated conflicting information at yesterday’s various staff information sessions, Solidarity believes that Sibanye has acted in haste.

“This is because of the fact that the trade union recently pointed out to the mining house that some of the mines now affected are following inefficient mining processes resulting in a production bottleneck that prevents the efficient extraction of gold dust,” explains Du Plessis.

Du Plessis furthermore explained that Solidarity acknowledges that Sibanye and most of the mines in South Africa are facing major challenges and that losses are a reality.

“However, in the midst of the current tensions between the mining houses and the Minister of Mineral Resources, it will be a sad day if mines use retrenchments in their fight against the inept minister and his involvement in the state capture process,” states Du Plessis.

“There is a false and artificial tendency at some mining houses to announce huge retrenchment figures while a smaller retrenchment figure is actually envisaged in the hope that when fewer people are later retrenched, it would be seen as a noble concession from the company.

“It is inhuman to plunge 10 200 households in great uncertainty while not all of them will actually be affected. Solidarity therefore requests Sibanye to lay its cards on the table and to announce the actual retrenchment figure envisaged and determined behind closed doors,” continues Du Plessis.

Du Plessis also makes the point that in its fight to save every affected employee’s job Solidarity will also make sure Sibanye does not abuse the process as a way of simply aligning their general staff structure.

“Solidarity is furthermore calling on the various mining houses to work together to see to it that any vacant posts, no matter at which workplace, be filled by employees who are facing possible retrenchment, even if the job is with a neighbouring employer,” says Du Plessis.

“Apart from Solidarity’s opposition to and scepticism about the reasons for the proposed retrenchments, we are also concerned that, due to all the uncertainty in the mining industry and in the country, as well as the animosity from the Department of Mineral Resources, mining houses are generally no longer inclined to take the pain temporarily, or to carry financial losses. Nowadays, when losses are being suffered, they pull the trigger faster to reduce the workforce,” explains Du Plessis.

According to Du Plessis, government has a role to play in this regard, firstly by creating an environment for mining houses within which there is regulatory certainty and convenience to do business in South Africa.

“Government must begin to make a positive contribution to the mining sector, creating an environment within which mining can grow. It must stop breaking down the sector,” says Du Plessis.

Du Plessis also points out that the current wave of retrenchments would have catastrophic social consequences, and many unemployed miners will turn to the already uncontrollable illegal mining activities.

“That, together with the rise in the number of the unemployed in communities surrounding mines, will create a social crisis. However, the combination of unemployment and poor local government and lacking service delivery will cause an explosive situation which could lead to major unrest.

“It is in the interest of the country that the major retrenchment processes embarked upon by, among others, Sibanye and AngloGold Ashanti (8 500 jobs), are averted by trade unions, employers and government as partners,” maintains Du Plessis. 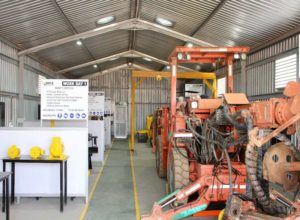