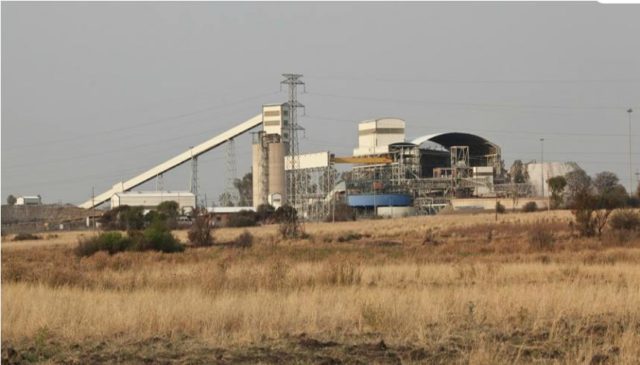 Solidarity has stated that Lonmin will only recognise the Association of Mineworkers and Construction Union as a trade union going forward.

This follows the three unions being at the same crossroads three years ago, when Lonmin had the wisdom and insight to maintain Solidarity, the NUM and UASA’s recognition despite AMCU’s opposition, even though the three unions had fewer rights than AMCU.

According to Solidarity general secretary Gideon du Plessis, Lonmin promised at that time that the recognition of these three minority unions would be protected.

According to Du Plessis, Lonmin probably made the decision because it was under pressure from AMCU to be the only recognised trade union.

“With the notice that AMCU will be the only recognised trade union, Lonmin not only undermines the Constitutional principle that its employees have the freedom of association to belong to a union of their choice, but Lonmin once again creates a conflict situation.

The tension in the workplace caused by this will leave Lonmin’s shareholders worried because this reckless decision by Lonmin’s management will be a major threat to the harmony and stability that currently exist,” says Du Plessis.

“Lonmin’s management and especially its CEO have been regarded as AMCU’s lapdog for quite some time and despite the fact that AMCU’s five-month strike in 2014 destroyed approximately 14 000 jobs at Lonmin, Lonmin’s spineless management is still dancing to AMCU’s tune.

“Other trade unions that have the interests of the company and its employees at heart are treated with contempt,” confirms Du Plessis.

According to Du Plessis, Solidarity, together with UASA and the NUM, represents the majority of skilled employees at Lonmin and this group of employees will not join AMCU because they are content with their current choice of trade unions and because AMCU focuses on the interests of entry-level workers.

“This means that skilled workers are thrown to the wolves and left to their own devices. This will also mean that the most important category of employees will become demotivated and have no loyalty towards Lonmin. The ill-judgement of Lonmin’s management in this regard is perturbing,” continues Du Plessis.

According to Du Plessis Lonmin’s violation of a recognition agreement and disregard for the rights of its skilled workers took place shortly after the appointment of its new head of human resources, Khaya Ngcwembe, who clearly does not have the best interests of Lonmin’s loyal, skilled employees at heart.

“It is also clear that Ngcwembe has no insight into or understanding of trade union dynamics in the mining sector or the events that led to the Marikana incident.

“Solidarity strongly appeals to Lonmin to maintain the recognition of the three trade unions and to restore their credibility as honest stake-holders, thereby preventing the negative consequences of this decision,” warns Du Plessis.