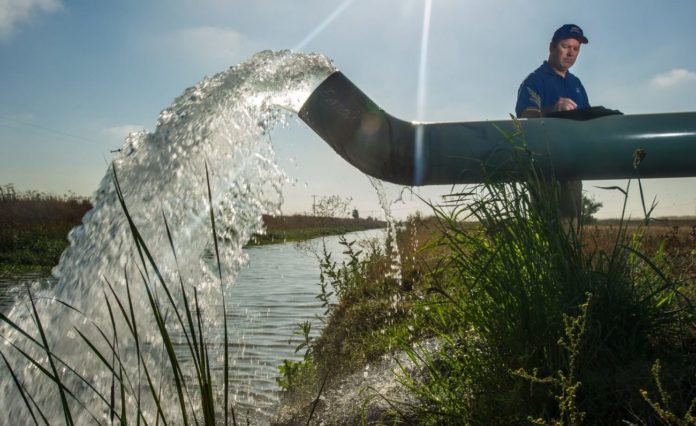 The governments’ contribution to ensure future water sustainability is a clear demonstration of its commitment to finding solutions to the country’s multifaceted water challenges.

South Africa’s deteriorating water quality is a key factor in the country’s diminishing a water resource which is predicted to result in a 17% gap between supply and demand by 2030, if the problem is not addressed.

Improperly treated sewage, pesticides and fertilisers entering the water systems through agricultural practices and hazardous chemicals being released into the water systems by mining operations all contribute to the pollution of the country’s fresh water systems.

The mining sector has been a mainstay of the South African economy for more than 100 years, contributing 18% to the country’s GDP and employing 500 000 workers.

However, due to the nature of the business, it is also unfortunately a significant contributor to water pollution. [quote]

Mining operations generate excess mine water and acid mine drainage (AMD) caused by toxic metals and other contaminants seeping out into rivers and other waterways.

As  a result, the government has recently committed to contributing R600 million annually to address the AMD problem in the country.

This investment comes after the successful completion of a short-term project to resolve the AMD problem in the Gauteng region by the Trans-Caledon Tunnel Authority (TCTA), a state owned entity under the Department of Water and Sanitation.

The TCTA has recently been nominated by the Department of Water and Sanitation (DWS) to implement a long-term solution to the problem, which will involve further treatment of the mine water by removing the sulphates and creating water to be used in industry and as  potable water, resulting in the conversion of the AMD problem into a long-term sustainable solution by producing safe water.

Mine water strategies for the future

The Strategic Water Partners Network (SWPN) is a collaboration platform for some of the country’s biggest-name public and private, environment-savvy organisations and provides an avenue for high level public private engagement on water stewardship.

Thematic working groups have been set up within this initiative to address key priority areas relating to water quality, one of these being the management of effluent and waste water which addresses both mine impacted water and municipal effluent.

Amongst the group’s objectives are the improvement of mine water treatment to reduce pollutants in the environment, reduction of the amount of clean water required for dilution of pollutants in mining and increasing the availability of fresh water.

A current key priority is to close the water demand gap within the Olifants River catchment, an area of dense coal mining activity, where the SWPN believes mine water could contribute 11% of the water required to close the gap.

Thereby benefitting municipalities, industry, government and the public and fulfilling the requirement by government for mines to take responsibility for their water management.

The project started by developing a guideline to mainstream water conservation and demand management (WCWDM) in the mining sector.

Thereafter, a process was initiated to set WCWDM targets for the mining sector, to develop accurate water balances, and finally to develop an online reporting system.

“We believe that with this system is in place, and from a sustainability perspective, the mining sector will be able to account for every drop of water from a quality and quantity perspective,” Lesufi says.

Marius Keet, chief director of mine water management at the DWS says that due to limited environmental policies in the early days of mining, water resource management in the mining industry was a fairly low priority.

However, with the introduction of regulations and stringent policies by the DWS together with the Department of Mineral Resources (DMR), significant changes have transpired within the mining industry that resulted in an increased focus on management of mining water uses and protection of water resources.

Collective ‘water accounting’ for all mines working in a common catchment should be in place ensuring that the management of mine water does not present socio-economic and environmental risks.

“Moreover, such risks require appropriate management interventions, especially when mine closure is sought, thus ensuring any mining-related pollution is not externalised,” he commented.

Following the collaborative SWPN model, several mines operating in the Olifants Catchment have already begun jointly implementing strategies to manage excess mine water, such as the collaboration between Anglo American and South32, which has seen the construction of a desalination plant to ensure that excess mine water discharged into streams is acid-neutral.

Using membrane technology in a reverse osmosis process, this desalination plant accepts effluent from five mines and is modified to achieve 99% efficiency in salt removal, thereby treating it to potable water standards and supplying it to local municipalities. This is one of several examples of collective action to improve water quality.

The SWPN highlights and commends the efforts made to improve mine water management at Kilbrachan colliery –  a non-operational coal mine in Newcastle owned by power utility Eskom, located next to Ingagane River.

Eskom together with tertiary education institution the University of the Free State have undertaken to implement a pilot plant at the Kilbrachan site to determine if the plant can be used to manage water levels at the underground mine.

The pilot plant is based on a BDAS (barium carbonate-disperse alkaline substrate) technology which uses wood chips coated with barium to treat mine affected water.

Polluted water is pumped into the tanks and allowed to react with the coated chips which successfully treat the polluted water.

By using this passive system, the water is being treated to almost potable standards, which provides great opportunities for use of this water by other sectors, including municipalities and irrigators.

A further example of innovation by SWPN members is that demonstrated by petrochemicals producer Sasol in its Synfuels operation in Secunda, where excess water from underground mining operations is pumped into a holding dam.

The SWPN believes  that solving the AMD issue will require a mix of innovative solutions which include both active and passive treatment.

Passive management options include the use of saline mine water for food production that aims to make beneficial use of a challenging resource which nevertheless carries extensive potential.

The SWPN in partnership with the Water Research Commission (WRC), Anglo Coal, Exxaro and South32 are currently undertaking a demonstration project on 60 ha of allocated land on the Mafube Colliery, which uses poor quality mine water for soybean and wheat production.

These are highly salt tolerant crops for which South Africa is currently a net importer.

This demonstrates the significant potential for the mining and agricultural sectors to work together to achieve food security whilst also contributing to the protection of water sources.

Active treatment, which encompasses systems engineered to accommodate any acidity, are more costly than their passive counterparts.

Passive systems are generally less costly but have limitations in that they are best suited to treatment of water with lower acidity loads.

Whether by either active or passive treatment, the SWPN believes that treating AMD has the potential to provide significant benefit in the reuse of the water by the mines themselves and other key sectors.

With every challenge faced, there are emergent opportunities to be seized and the mine water and AMD domain is a prime example.

It is time that the water sectors moves beyond the admiration of the problem and rather focus on its efforts on the vast possibilities, options for tangible positive results and sustain the South African economy.