A coalition of eight civil society and community organisations has launched further proceedings in the Pretoria High Court to halt development of a coal mine.

These new proceedings are a judicial review application to set aside the decisions of the Ministers of Mineral Resources and Environmental Affairs to allow a coal mine to be built inside a declared protected environment, coupled with an interdict preventing the start of any activities at the proposed mining site pending the outcome of that review.

The two ministers gave their approval for the 15 year underground coal mine proposed by Indian owned mining company Atha-Africa Ventures inside the Mabola Protected Environment outside Wakkerstroom in Mpumalanga.

They did so despite a series of court challenges and appeals pending against each of the licences given for this mine, and without any public participation.

In terms of the National Environmental Management: Protected Areas Act, commercial mining is prohibited in declared protected environments unless both the Ministers of Mineral Resources and Environmental Affairs give their permission.

The coalition consists of the Mining and Environmental Justice Community Network of South Africa, Earthlife Africa Johannesburg, Birdlife South Africa, the Endangered Wildlife Trust, Federation for a Sustainable Environment, groundWork, Association for Water and Rural Development (AWARD) and the Bench Marks Foundation, and is represented by the Centre for Environmental Rights.

The Mabola Protected Environment also falls within a strategic water source area that has been identified as incredibly important and strategic to protect in the interests of all South Africans.

The proposed coal mine area is located in that part of the Enkangala Drakensberg strategic water source area which constitutes the headwaters of the Usutu River System, via the Assegaai River.

The Assegaai River flows into the Heyshope Dam, from which water is inserted into the Vaal River System via inter-basin transfer.

Accordingly, the coal mine area is a water source of the Vaal River System, which supports Gauteng’s water needs.

The Usutu River flows through Swaziland and, after joining the Pongola River, flows into Mozambique, where it is known as the Maputo River.

Accordingly, the health of the Usutu River System is also relevant to South Africa’s international obligations to Swaziland and Mozambique.

All of these users will all be affected if the sources of those rivers are compromised.

Atha-Africa Ventures was granted a mining right for the coal mine by the Minister of Mineral Resources in 2015, shortly after the declaration of the Mabola Protected Environment by the Mpumalanga MEC.

All these approvals have been challenged by the coalition through internal appeals, and a High Court judicial review of the mining right.

The coalition believes it has good prospects of success in all these proceedings, and that the approvals will be set aside by the courts in due course.

If necessary, the coalition will take this matter to the Constitutional Court. 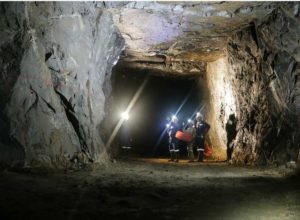