ASX-listed West Wits Mining has promoted Jac van Heerden to the position of MD from 16 April 2010, to improve the company’s capability to drive activity as the Witwatersrand Basin gold project in South Africa moves towards underground mine development.

Van Heerden, a senior mining executive with over two decades experience in the mining sector, has overseen project and mine development across southern Africa and more recently presided over a large-scale copper-cobalt operation in the Democratic Republic of Congo (DRC) overseeing a mining operation, two processing facilities and also community responsibilities such as a hospital and a schooling programme prior to joining West Wits in January 2019.

A key achievement associated with the DRC role was the introduction of stricter capital controls, improved CAPEX and OPEX budget forecasting, KPI measurement and enhanced direct reporting lines to improve accountability and cashflow.

Relevant to current project requirements, Van Heerden’s division at South African miner Aquarius Platinum was tasked with identifying and developing business cases for new mining opportunities through to feasibility. He was also the transition project manager that oversaw the switch from a contractor mining model to an owner miner model.

Van Heerden accepts the appointment after 16-months as West Wits MLI’s CEO during which time he has refocused the company’s operation on underground mine development, providing heightened direction and oversight of third-party consultants.

The board determined that it was critical to appoint Jac as a Johannesburg-based MD while the company gears towards an increase in activity in South Africa, completing feasibility work and commencing underground mine development.

The company has also appointed Peter O’Malley, experienced US based investment finance executive, as non-executive director to the West Wits board. This follows the resignation of DRDGold CEO Niel Pretorius as non-executive director of the West Wits Mining board to focus on his increasing workload after Tier-1 miner Sibanye-Stillwater took of a controlling stake in DRDGold.

These appointments introduce a senior mine engineer and investment finance experience to the board mix, which was viewed as strategically essential as the company enters the development phase.

“The Board restructure executes part of the company’s strategic plan as the Witwatersrand Basin project gears towards the development of the underground mine, introducing skillsets to improve the board’s capability to drive activity,” says West Wits Mining chairman Michael Quinert.

“Van Heerden has impressed the board with his ability to manage a diverse range of stakeholders, both in South Africa and abroad, as well as his leadership ability and technical skillsets which highlight his 20 plus years’ experience developing and operating mining assets in Africa,” says Quinert.

“West Wits presents an outstanding opportunity, the Witwatersrand Basin project provides a solid foundation to build West Wits Mining into a mid-tier gold producer as the gold sector continues to strengthen. I’m delighted to accept the board’s offer to become MD and lead this high-calibre team through the next stage of growth towards production,” says Van Heerden. 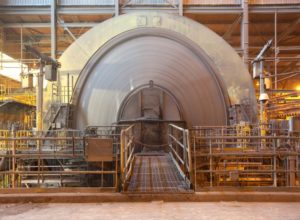