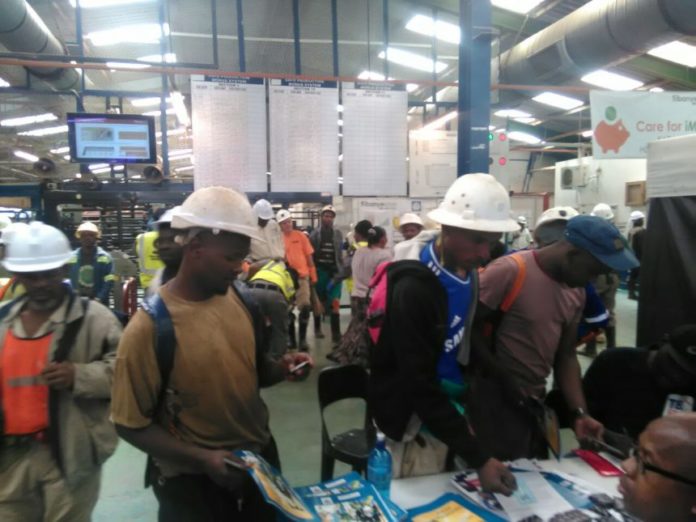 The World Bank’s Southern Africa TB in the Mining Sector Initiative follows-on from several pilot projects conducted over the past two years.

It is aimed at easing the burden of TB in mining communities within South Africa and the three neighbouring countries of Lesotho, Swaziland and Mozambique, alongside limited project reach into Botswana.

The three tiers include a comprehensive social mobilisation campaign to boost awareness of TB prevention and management among mining communities; a track and trace’ project that expands on a previous pilot and which pivots on the use of technology to locate ex-mineworkers, and a disability screening project.

The track and trace tier aims to physically identify ex-mineworkers in villages and towns, update their biographic and demographic details, as well as medical records, whilst also raising awareness about further medical assessments.

The data collected will be used by the Compensation Commission for Occupational Diseases to strengthen record-keeping and eventually to ease the burden-of-proof on ex-mineworkers when claiming compensation.

The project was initiated by the World Bank to find ways to use technology to circumvent the challenges of geography, access to services and literacy levels – particularly among ex-mineworkers.  The piloting of electronic tablets for data capture is underway.

But it has to take into consideration that in rural areas, logistical factors such as availability of signal limits use. The project continues to trial and document different technological approaches and to build upon these in each successive effort.

The second tier of the initiative is to collect data about the levels of disability and access to support services among ex-mineworkers. In addition, a detailed disability assessment of a small sample of ex- workers is being conducted at their homes. The data will be used to develop better solutions to boost access to services specifically for ex-mineworkers with severe disabilities.

The third tier is a communication and social mobilisation campaign to drive awareness about the disease and disease management. The campaign messages are tailored differently to meet the needs of primary beneficiaries (mineworkers and ex-mineworkers) and secondary recipients in mining communities and labour-sending districts.

The campaign was based on extensive field research; with IEC materials being piloted among affected communities and stakeholders within the mining and health sectors. The campaign dovetails closely with the work of state entities such as the MBOD, NGO’s and worker’s associations in order to maximise reach and effectiveness.

The project is underpinned by the fact that knowledge-gathering and knowledge-sharing from ground level is critical to addressing the problem of TB. Currently, mineworkers in the southern Africa sub-region have some of the highest TB incidence rates in the world.

TB incidence among mineworkers is 10 times higher than the WHO threshold for an epidemic. The weight of the TB burden on affected communities is relentless and therefore interventions to educate, screen and assist in establishing eligibility for compensation, on a continual basis, is vital to communities in need.

It also keeps the plight of TB affected communities in sight.

Social mobilization programme to raise awareness about TB and TB-related support services among mineworkers in Carletonville this week.

The initiative is funded by the World Band and UKAid.