Mining operations in Zimbabwe have not been impacted by the radical political events which saw military forces seize control of the country.

Fortunately, the country’s major mining company Zimplats (majority owned by Impala Platinum in South Africa) has not been impacted by what people are describing as a coup. “We are monitoring developments in Zimbabwe as best we can,” says group corporate relations manager Alice Lourens.

“There has been no sign of unrest or military presence at any of our operations.”

All of Zimplats’ operations are located “some distance” from the capital city, and according to Lourens, have continued to operate normally.

“We will continue to assess the situation, and have appealed for calm and the continued safety and wellbeing of the people of Zimbabwe, and our colleagues at the mining operations,” she highlights.

Zimbabwe’s legislative requirements for foreign companies doing business in the country are considered prohibitive in terms of encouraging investment. 51% must be owned by Zimbabweans. The question must be asked – would this change under different leadership?

Caledonia Mining is another mining company in the country, which operates the Blanket gold mine. It is located in Gwanda, which is too far from Harare to be impacted by events taking place. Mining Review is awaiting comment from the company on the situation and potential impact to its business.

President Jacob Zuma has expressed his concern over the political situation in Zimbabwe and has urged the Zimbabwean government and its military forces to resolve the situation and called on the military to ensure that peace and security in the country was not compromised. 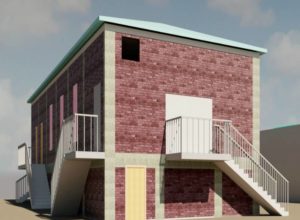