Base Resources: Putting mineral sands in Madagascar on the map 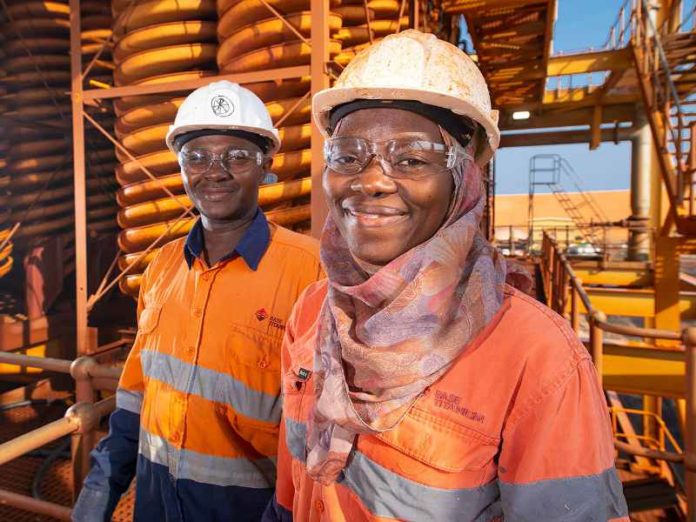 ASX-listed Base Resources has proven its ability to build and successfully operate a mineral sands operation – in Kenya – a mining jurisdiction still in its infancy years.

Now, the company is looking to replicate its achievements and is targeting first production from its second, Madagascar-based Toliara mineral sands project by 2022, CEO TIM CARSTENS spoke to LAURA CORNISH.

Base Resources’ 100% owned Kwale operation in Kenya will celebrate six healthy and profitable years of mining in December this year – a representation of the company’s ability to secure a geologically attractive asset, build processing facilities that cater to the deposit and of equal importance, adapt the operation to suit its changing geology.

The last two years saw the mine transition from a dozer track operation to a hydro-mining operation which enabled mine performance optimisation while effectively compensating for lower grades.

The results were massively successful and have continued to see Kwale deliver impressive production and financial results – particularly for its financial year to June 2019.

With the added benefit of improved prices on the zircon and rutile fronts and an increase in mining rates of 57% (to 17.8 Mpta), Base Resources delivered a record revenue (US$209.5 million) and EBITDA ($113.5 million) for the period.

Impressively, this has not detracted from its ability to deliver a safe mining environment – the company has not recorded a single lost time injury since early in 2014.

While the immediate focus is to maintain Kwale’s excellent performance and explore the potential to extend its mine life, Carstens is now in the throes of executing his strategy to build a multi-asset, multi-jurisdiction company that can benefit from the skills and expertise demonstrated in Kenya.

“We have positioned ourselves as a unique operator within the mineral sands space – operating as a mid-cap, pure play mineral sands company of which there are relatively few in the world – and we want to cement this strength even further with our Toliara project,” Carstens highlights.

Having spent four years evaluating 40 different mineral sands projects around the world, Carstens set his sights on Toliara – so much so that despite a failed attempt to acquire the asset in 2014, his determination brought success four years later in 2018 when the company’s second buy-out attempt was successful.

The project is situated in south-west Madagascar, about 40 km from the regional town and port of Toliara.

“The Toliara asset has always been the absolute mineral sands project stand out for us. It offers superior grades and large volumes of rutile and zircon and with an imminent short supply of both minerals, it will benefit from the consequent increase in pricing,” Carstens notes.

Through its locally established and registered company, Base Toliara, Base Resources is looking to replicate the success at Kwale and will likely use its most experienced Kwale team members to deliver the project, which will comprise similar methodologies and processes to Kwale as well – “its technically straight forward”.

At present, the company is underway with a definitive feasibility study which is due for completion by the end of this year.

It will further demonstrate the project’s potential which has already been outlined in the pre-feasibility study which showed an NPV10 of $671 million, an IRR of 22.4% and average annual production of 806 000 t of ilmenite, 54 000 t of zircon and 8 000 t of rutile from a 13 Mtpa ROM rate.

This will likely be just the first stage 1 of operation requiring a capital expenditure of $439 million. A lower stage 2 capex of $67 million to increase the mining rate to 19 Mtpa.

The project is “underpinned” by the large, high grade Ranobe deposit, containing a JORC 2012 compliant mineral resource of 1.3 Bt at 5.1% heavy minerals, with another 794 Mt at 5.8% heavy minerals in the measured and indicated categories.

“With these numbers, we know Toliara’s short and long-term potential is huge. We have already defined a 33-year mine life based on just the first 600 Mt of ore,” Carstens confirms.

“Toliara’s scalability is significant and we are designing the mine to be easily doubled in size.”

Base Resources is targeting a Toliara final investment decision in 2020 for a planned start-up in 2022.

In addition to the establishment of a mine and process facilities, the company will also need to invest in supporting infrastructure which will include a dedicated 55 km haulage road, bridge across the Fiheranana River and specialised port facilities at an estimated cost of about $150 million.

The debt funding process to secure the necessary cash for the project, including infrastructure, has already commenced.

While the official decision to proceed is still pending, Carstens is confident that Toliara is ‘a goer’.

So much so that the company has already commenced with training 400 local residents.

The mine will offer more than 1 000 permanent job opportunities when in production. Construction of the on-site camp is also due to commence shortly.

The planned expansion for Base Resources comes at a time where the company is experiencing high demand from its customers and a tightening in supply generally in the market for mineral sands products.

“Current zircon supply is tightly managed by major producers, and this is providing a solid foundation for ongoing market stability – but longer term supply remains constrained. With this expected market scenario starting to play out, demand for our products from our current customers alone will exceed our ability to supply it.”

The 2019 Kwale North Dune mineral resource is estimated to be 171 Mt at an average heavy mineral grade of 1.5%, containing 2.6 Mt of heavy minerals, based on a 1% cut-off grade. The high slimes content is likely to make the resource amenable to hydraulic mining as is currently employed at Kwale.

RBM to spend around R249 million on community development