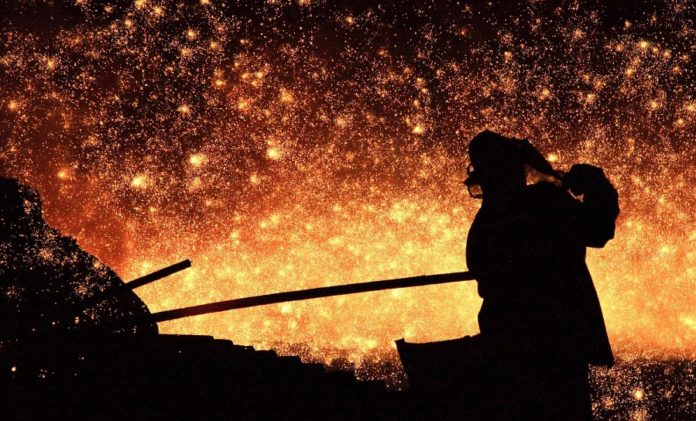 The signing of the share purchase agreement with Bushveld Minerals follows the exclusivity agreement signed with Evraz, announced in April 2016, in respect of the potential acquisition of Evraz’s 78.8% economic interest in Strategic Minerals Corporation, which in turn owns the producing Vametco vanadium mine and plant in South Africa’s North West province near the town of Brits.

Bushveld’s wholly-owned subsidiary Bushveld Vametco Limited’s acquisition of Vametco is for a sum of US$17.2 million and will be executed in two tranches of $4.7 million and $12.5 million respectively; conditional on funding, shareholder approval and receipt of certain regulatory approvals.

Bushveld Minerals CEO Fortune Mojapelo believes the acquisition price of $17.2m is attractive for a robust operating asset as it accounts for less than 10 per cent of the replacement value.

Bushveld is at an advanced stage in negotiations with funding partners with regard to a placing of new shares in Bushveld and/ or co-investment in Bushveld Vametco Limited.

Vametco Alloys currently operates an open pit mine supplying ore to its vanadium processing plant located on the same properties.

Vametco’s mining right lies adjacent to Bushveld’s Brits vanadium project, which is the continuation of the strike of the Vametco mine’s deposit with similar vanadium grades to the mine.

The deposit, which contains outcropping mineralisation, offers an extension of the life of operations and presents cheaper near-surface ore for the Vametco processing plant.

Vametco Alloys has a production capacity of 2 750 tpa of vanadium in the form of a patented Nitrovan vanadium nitrade product and vanadium oxide.

In 2015, Vametco Alloys produced 2 419 t of vanadium from its own magnetite concentrate production in the form of Nitrovan and vanadium oxide at an all-in cash cost of $17.33/kg of vanadium.

“In addition to its vanadium nitride product, for which demand is strong in the steel industry, Vametco also produces a vanadium oxide product that is preferable in respect of environmental consideration (relative to vanadium pentoxide) and more importantly is also more suited to downstream vanadium chemicals production, which is aligned with our aspirations for local electrolyte manufacturing for the vanadium flow battery energy storage industry” says Majopela.