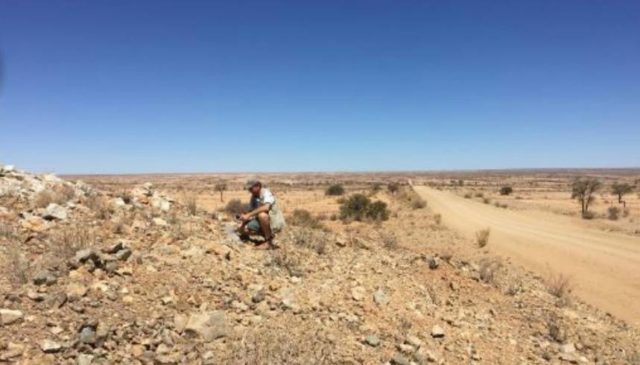 Namibia – Walkabout Resources, through its wholly owned Namibian entity, Alro Investments Forty Nine, has received a letter of grant by the Ministry of Mines and Energy (MME) for the second exclusive prospecting licence (EPL 6308) located in southern Namibia.

This gives Walkabout a commanding footprint in the highly prospective Orange River Pegmatite Belt (ORPB) in the Karas region of southern Namibia.

More than 60 previously unmapped and un-sampled pegmatites have been documented on Walkabout licences that have not previously been exposed to modern exploration techniques for lithium.

The project name is now amended to the Eureka lithium project in line with the proximity to the Eureka Shear Zone identified across the area.

The licence is adjacent to, and lies directly to the south of EPL6309 that was awarded in March 2017 and this gives Walkabout a commanding landholder position of over 1 500km2  in what is potentially one of the country’s most prospective regions for lithium bearing pegmatites, with known historic lithium occurrences on EPL6308 and in the immediate vicinity.

The considerably under-explored region with known lithium occurrences has been the focus of a recently published mapping programme completed as a joint initiative between the Council for Geoscience (South Africa) and the Geological Survey of Namibia.

Pegmatites with a combined strike length of 27 km, with the largest individual body over 2 km in length have been mapped in the southern portion of EPL6308 alone.

During a recently completed reconnaissance trip to the region by Walkabout geologists it was evident that many of the pegmatites have a high probability of further extending along strike beneath a thin veneer of recent sediments. The remainder of the project area is predominantly sediment covered with further possibility of discovering “blind” pegmatite bodies along structural target zones.

Recent work by others in the region has confirmed the presence of Lithium-Caesium-Tantalum (LCT) type pegmatites with grades > 1.6% Li2O reported from rock samples.

Walkabout has also been in ongoing discussions with various landholders to evaluate other opportunities in Namibia and negotiations with some in advanced stages.