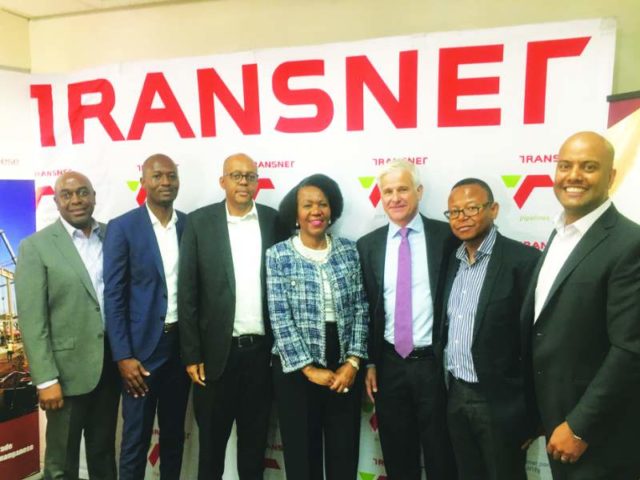 Black-owned Kalagadi Manganese is now in the position to supply up to 1 Mtpa of beneficiated manganese with further potential to increase output at its R9 billion mine in Hotazel in the Northern Cape.

This comes after the company signed a railed contract worth R3 billion with Transnet.

The five-years contract gives Kalagadi the potential to supply up to 3 Mtpa of beneficiated manganese in the form of sinter for export markets from its mine and sinter plant through to the Eastern Cape Province ports. The agreement realises almost R10 billion in total value for Transnet.

Transnet plans to move 16 Mtpa of ore by 2024 and will invest about R29 billion in rail infrastructure upgrades to achieve that capacity. Since the inception of the programme in 2015, Transnet has witnessed an increase of manganese export volumes from 5 Mpta to the current 15.1 Mpta.

The contract will see the transportation, storage, and loading onto a vessel of Kalagadi’s manganese production destined for the export market. The company will also receive an allocation of both rail and port capacity through the different manganese export channels for international markets.

Kalagadi has participated in the MECA programme since inception, mainly through providing forecasts to Transnet for capacity determination purposes.

At the historic signing in September, founder and chairperson, Daphne Mashile-Nkosi said, “This is a historic moment. For us, it is a journey of 1 000 miles that started with the first step.  After 18 years of starting Kalagadi and 12 years of engagement with Transnet, we are finally signing the MECA allocation.”

She added that the onus is now on the company to deliver. “We have built the rail and put in all the infrastructure. We have signed a contract that is a take-or-pay deal. I can’t fail. I have to deliver.”

The partnership supports the job creation of over 1 250 direct opportunities through various parts of the supply chain, which translates to a contribution of R6.2 billion annually to the country’s GDP.

Mashile-Nkosi added that the partnership with Transnet speaks directly to Kalagadi’s goals of providing a guaranteed and trusted environment for the company’s exports, which are secured from global and domestic economic uncertainties.

“As an entity, we want to be an active contributor to the country’s mission of retaining the position of being the leading exporter of high-grade beneficiated manganese. And this contract gives us the opportunity to make that dream a reality.”

Meanwhile, Transnet chief customer officer Mike Fanucchi said: “This agreement is an indication that Transnet is serious about the integration of its operations to suit the customers’ needs.

When we commenced with the MECA process, and the integration of our service offering, we only had two manganese companies playing in the export manganese markets. We are excited to see this number increasing.”

Transnet together with key producers have set aside 15% of the overall manganese export line capacity for new entrants in the export market.

To date, the SOE has concluded ten MECA2 contracts with local manganese producers. Other companies who have also entered MECA2 partnerships include United Manganese of Kalahari (UMK), South32 and Assmang.