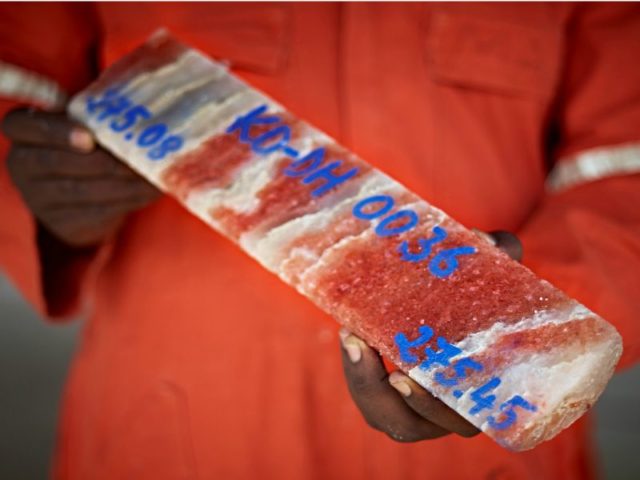 Republic of Congo – Kore Potash purchased the drills along with ancillary equipment from Equity Drilling. The acquisition is in line with the company’s strategy to undergo its development plans in a cost-effective manner.

As consideration for the acquisition, 22,000,000 new Ordinary Shares in Kore Potash are being issued to Equity Drilling at a deemed price of 1.225p. An application has been made for these shares to be admitted to trading on AIM and the JSE Limited on Wednesday, 11 December 2019.

Commenting on this announcement, Brad Sampson, CEO of Kore Potash said: “In addition to being the most cost-effective way to complete the DX Pre-feasibility study drilling programme, this equipment may also be used for any future project development related drilling.”

Although Kore Potash’s flagship asset is the 97%-owned Sintoukola (Kola) potash project in the country, the company is keen to develop its smaller DX project to boost company cashflows.

According to a scoping study completed earlier this year, for an upfront capital expenditure of US$327 million, a low-cost mine with a life of 17 years can be established at DX. Production will be 400 000 tonnes of potash a year, which would generate revenues of US$134 million at a price of $360 per tonne.