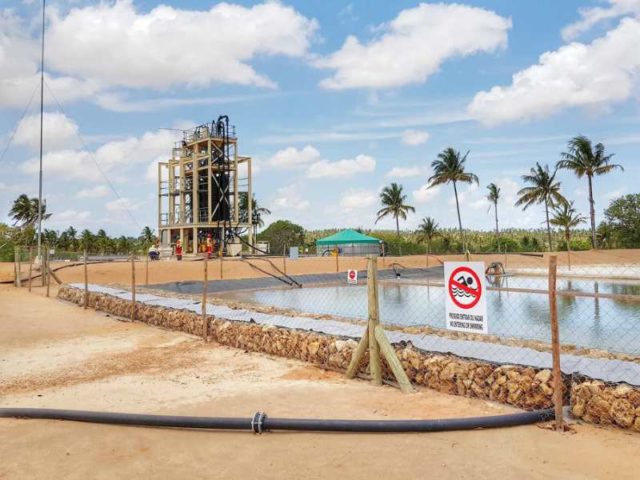 While still in the early stages of development, the project is poised to become a globally strategic project capable of delivering future titanium feedstock on the back of strong global demand and tight supply following a decline in global mineral sands output and the subsequent decline in titanium dioxide slag production, CHANTELLE KOTZE writes.

The development of the Mutamba project is not only of economic importance to Mozambique, but is equally important to the economy of South Africa where the heavy mineral sands will be beneficiated into titanium feedstock by Rio Tinto at its 74%-owned Richards Bay Minerals heavy mineral sands extraction and refining facility.

What started out as a small exploration venture in 2013 in a world-class heavy mineral sands region in Mozambique, grew considerably in scale when Savannah Resources and Rio Tinto (who was also exploring in the region at the time) signed an agreement in 2016 to combine Savannah Resources’ Jangamo project with Rio Tinto’s adjacent Mutamba project.

As part of the agreement, Rio Tinto has the exclusive right to purchase 100% of the mineral sands production from Mutamba for its life of mine while Savannah Resources, the operator of the project, may earn up to 51% interest in the combined project on completion of the feasibility study.

Having been granted mining licences over three core, contiguous concessions between December 2019 and January 2020 at Mutamba, Savannah Resources can now actively focus on the development of the project, on which a pre-feasibility study is currently under way.

The 398.81 km2 project area covered by the three mining concessions, namely Jangamo Matilda, Jangamo Rio and Dongane, contains an indicated and inferred mineral resource of 4.4 Bt, grading at 3.9% total heavy minerals and containing ilmenite, rutile and zircon, constitutes one of the largest remaining mineral sands deposits in the world that is yet to be developed, says Archer.

Based on the prospectivity of the area and the significant resource potential defined to date, Savannah Resources is confident that Mutamba could sustain a significant mining operation, while also providing much needed continuity of supply of titanium minerals by ensuring continued supply to Richards Bay Minerals over the project’s 30-year mine life – until at least the middle part of this century, Archer adds.

The prefeasibility study, which will build on the results of the 2017 scoping study and further define the commercial potential of Mutamba, is currently being recrafted.

The pre-feasibility study will re-evaluate the production targets, entail further metallurgical test work (which will entail recommissioning of the 20 tph pilot plant at Jangamo), and also entail preparation for some of the early work programmes in the run up to mine development.

“While there was a reduction in the pace of activity on the pre-feasibility study during 2019 while awaiting the approval of the mining licences, we will vastly increase the scale of activity this year while accelerating the prefeasibility activities to reach conclusion as soon as possible, moving straight into the definitive feasibility study in 2021,” says Archer.

Savannah Resources is looking to mine about 450 Mt of the 4.4 Bt mineral resource over its 30- year mine life. This equates to mining 15 Mtpa of material to produce about 500 000 tpa of ilmenite and 120 000 tpa of non-magnetic zircon and rutile concentrate.

These production figures, Archer says, is slightly lower than those of mineral sands producer Kenmare Resources, which operates the Moma mineral sands mine to the north of Mutamba.

The orebody, which occurs at surface and has virtually no overburden waste, has a low strip ratio and lends itself well to dry mining, explains Archer, nothing that this is unlike other mineral sands mining operations that make use of more expensive dredge mining.

As a result, Savannah Resources expects Mutamba to be a more robust project with a lower capital expenditure, more flexibility and more redundancy.

The company will use a two stage processing method comprising gravity separation followed by a mineral separation plant that will separate the principle, saleable ilmenite product from the non-magnetic zircon and rutile.

The ilmenite will then be shipped via the Port of Inhambane (approximately 20 km by road from site) to the Port of Richards Bay, in South Africa.

One of the great features of the mine is that while it is located in Africa, it is close to existing infrastructure, says Archer.

Nearby infrastructure includes a tarred highway which runs through the project area, an international airport as well as a port facility in the town of Inhambane, reliable grid power already installed and available in close proximity to the concessions.

This is expected to reduce the overall capex required for the mine development – estimated at US$200 million in the scoping study.

With production targeted for 2023, Savannah Resources has also identified further material identified on the tenements, which could add to the mine life, and in addition to this, the company routinely evaluates other opportunities from time to time in the regions in which it operates – currently a gold opportunity in Mozambique.