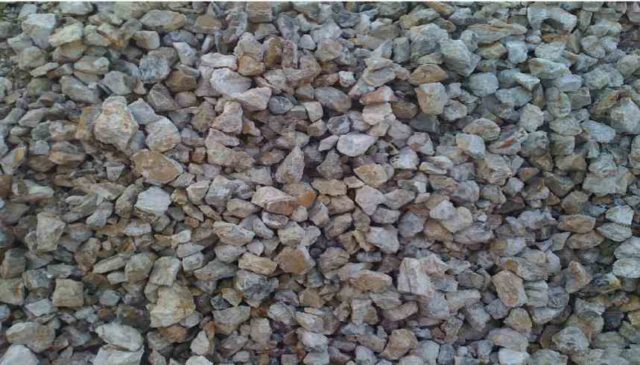 The new R1.7 billion Nokeng mine is expected to be a leader in terms of both production volume and quality when it reaches full production in two years.

The South African mine is being developed by Nokeng Fluorspar Mine (Nokeng), a wholly-owned subsidiary of SepFluor, which is 34.8% owned by black empowerment partner Ixowise.

“This is large when compared to others associated with other new fluorspar projects around the world,” notes Wagner.

Nokeng will mine two deposits, Plattekop and Outwash Fan, over 19 years, with the prospect of extending its life of mine with a third deposit, Wilton, as yet unexplored.

On quality, the grade of Nokeng’s ore – at an average of ~27% calcium fluoride (CaF2) – is considered high, says Wagner, ensuring sound economics and locked-in markets for its 180 000 tpa of acid grade fluorspar and 30 000 tpa of metallurgical grade fluorspar.

While reticent about cost – a highly competitive factor in the international fluorspar market – Wagner highlights the ease with which Nokeng’s surface and near-surface orebodies can be mined. This will be due to the efficiency of its state-of-the-art concentrator as key contributors positioning the operation in the bottom cost quartile of producers.

Funding for the mine – a mix of equity and debt, involving both local and overseas investors and lenders – was locked in ahead of the recent announcement of South Africa’s new Mining Charter.

“As a general comment, I would say we have little objection to its intended ends; the means are what require further discussion and we would hope that most recent developments indicate there is still room for this to happen,” says Wagner, commenting on potential impacts of the Mining Charter as it currently stands.

“We are still evaluating the potential impacts should there be no change; meantime, our priority is to expedite mine development and production, on time and within budget.”

Nokeng is expected to create approximately 300 fixed-term jobs during construction and approximately 200 permanent jobs. Contractual obligations to the engineering procurement construction (EPC) contractor – a joint venture between DRA and Group Five – and the mining contractor, yet to be appointed, include prioritisation of local recruitment and procurement, and to assist Nokeng in developing skills and supplier capacity as necessary.

Nokeng’s social and labour plan (SLP) has committed some R26 million. This includes a R10 million education and training centre, modelled on the UMK‘s Joe Morolong training facility at Kuruman in the Northern Cape, that will service the mine’s own needs and those of the surrounding communities.

This centre will be built and commissioned in early 2018.

Pre-school, primary and secondary education, healthcare and farming are all key commitment areas of the SLP.