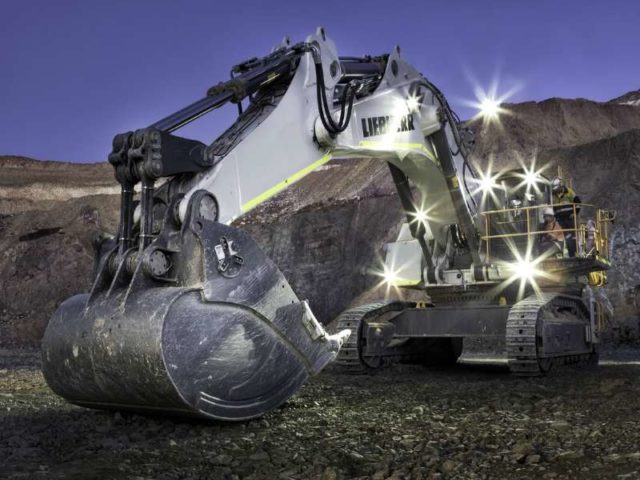 Despite some early-stage teething problems that tarnished its image, Liebherr’s R 9150 excavator has reemerged as a strong performer following the launch of the upgraded R 9150B version, which offers excellent reliability rates and a very promising future.

“During the early stages following the market introduction, there have been reliability issues in relation to the engine and hydraulic components. And despite a higher instantaneous dig rate and less fuel consumption than any previous model in this class, early failures impacted negatively on the CPT.”

Having listened to its customers in order to rectify the problems, Liebherr underwent an intensive improvement programme and thereafter an in-field campaign.

“Both the new 9100 and the 9150 now boast excellent reliability numbers and productivity and our customers have confirmed that their cost per ton is the best they have seen in their class.

“This is further evidenced by our business results on a global scale. In 2019 we saw our market share heavily increasing in the R 9100 and R 9150 segment – proof that both machines have won the trust of the market, Otmar Wehrle states.

During the continuous improvement process, new technologies were implemented on the R 9150’s engine and hydraulic system.

The main control valve has been modified, which has led to a substantial increase in the service life of the component.

Liebherr has also introduced a new swing pump – which has replaced conventional bearings with hydrostatic bearings. These pumps have since achieved up to 9 000 hours without any problems.

The machines’ fourth generation diesel engines are comfortably reaching beyond their 15 000-hour service life, to around 18 000 hours (with a mid-life major overhaul at 9 000 hours).

This lifetime extension applies to fourth generation engines on R 9100 and R 9150.

The R 9150B also comes with the exclusive EVO bucket solution with a patented Liebherr design to maximise the loading capacity and ensure optimal penetration efficiency.

Thanks to the contoured sidewalls and the augmented depth, the EVO bucket backhoe bucket has a capacity from 8.8 m³ in standard backhoe configuration, to 9.6 m³ with the short boom option (dedicated to mass excavation in optimum maintained bench height conditions).

Benefiting from this modernisation campaign, the R 9150B is now fully ready to make the most of its strengths on the ground and become the new benchmark in the 150 t class.

Available from the end of 2020, the R 9150B will be supported with a package of assistance systems to increase safety and productivity of the machine while reducing operating costs through the application of new technologies, e.g. a “truck loading assistant”.

The system will provide products and reports that support and assist all personnel working with the machine. It will also provide self-diagnostics tools, high value data and big data for digitalisation and analysis purposes.

The R 9150B is also offered with a wide spectrum of special execution capabilities including frontless, demolition, long reach, electric drive and pontoon.