Al Sareif Beni Hussein, Sudan — 06 May 2013 – The search for about 100 workers who are believed to have died inside a collapsed gold mine in Sudan’s Darfur region has ended, after nine rescuers were also trapped in further collapses in the mine. No one has been found alive.

“Today the searching has stopped because it was too dangerous,” a fellow rescuer said from the scene of the tragedy in Jebel Amir district, more than 200km north-west of the North Darfur state capital, El Fasher, reports allAfrica.com.

The unlicensed desert mine began to collapse last Monday, and several days later the stench of death was seeping out of the baked earth. The nine rescuers disappeared on Thursday when the earth collapsed around them, the miner said, adding that eight bodies had been recovered.

It was not clear whether they were rescuers or miners. Nobody else has been found, alive or dead, said the miner, who asked to remain anonymous.

Al Sareif Beni Hussein commissioner Haroun Hussein Jame told Radio Dabanga that search efforts were continuing. He explained that the hollow grounds around Jebel ‘Amer did not allow for the use of heavy machinery as it could lead to further collapses of excavation pits. He also confirmed that it was not possible to calculate an accurate casualty toll because there were no specific lists to register who had gone down the mine, and all figures were just estimations. 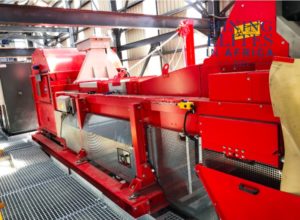