London, England — 24 July 2012 – African Barrick Gold Plc suffered a near halving in first-half profits this year, battered by lower production and a worse-than-expected rise in costs due to an increased reliance on expensive diesel-fueled power generation.

Reuters reports that the Tanzania-focused company, a unit of Barrick Gold Corporation, said costs would now be at the higher end of its estimated range for the year, but kept its cost of production guidance at US$790 to US$860/oz as improved grades and production levels would help bring down costs.

“When we use back-up power, which we’re finding that we have to do more and more, the costs are three times the cost of the power off the national grid,” chief executive Greg Hawkins told Reuters.

African Barrick’s power costs were more than analysts were expecting, said Hawkins, meaning the company’s core quarterly earnings (EBITDA) of US$81 million came in behind a consensus forecast of US$88 million.

Westhouse analyst Rob Broke called the quarterly results disappointing, highlighting the jump in the cost of producing each ounce.

Shares in African Barrick traded down 6% at 355 pence, underperforming the European mining sector as a whole which was 3% lower.

Gold output for the year will still be in line with the company’s forecasts, it said, as it will move to extract the metal from more productive parts of some mines over the rest of the year, easing cost pressures.

“The company will require around 30% higher production in the second half to reach the lower end of the guided range,” Canaccord analyst Dmitry Kalachev said. “Although we continue to believe that this is achievable, we note the historically challenging operating environment.”

Shrugging off the impact of lower half-year profits, the company announced a 25% jump in its interim dividend to $4.0 cents per share. “We’ve set ourselves up for the second half of the year. We’ve affirmed our confidence in where we’re tracking in terms of what we’ve done with the dividend,” Hawkins said.

African Barrick also said it would spend US$20 million on buying exploration properties in Kenya, in a partnership with Lonmin that expands its footprint outside Tanzania for the first time as part of a long-stated plan. 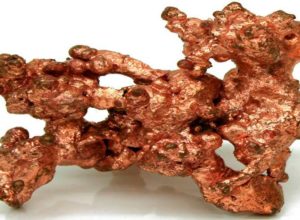