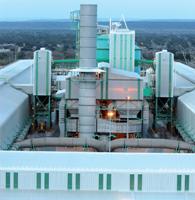 The Mozal aluminium smelter in Mozambique, supplied by electricity from South Africa, was once praised as a landmark project in the region. More recently it has drawn public ire because it is perceived as benefiting from low cost electricity at the expense of other electricity consumers.

At the beginning of April, BHP Billiton announced that the parties will work towards concluding negotiations for definitive legal agreements over the coming months.

“The parties anticipate that such agreements would include a package of measures that would reduce the impact of financial derivatives on Eskom’s balance sheet while also ensuring a competitive supply of electricity to the smelters,” the statement said.

While insisting that details of the measures under consideration are to remain commercially confidential, BHP Billiton said the agreement to be reached may involve it assuming responsibility for the commodity pricing and currency exchange risks related to the contracts. This would reduce the volatility of Eskom’s earnings and improve its balance sheet.

These measures have been developed after lengthy discussions with Eskom that took into account the legal, technical and financial implications of the long term supply contracts, the announcement said.

BHP Billiton said that while the proposed measures would positively influence the electricity supply position over time, the grid would remain under pressure for the foreseeable future.