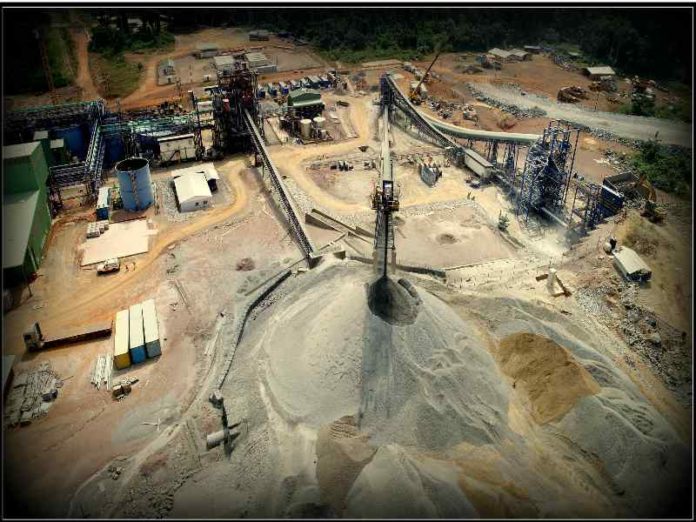 West African gold producer, Avesoro Resources, has spent the last year stabilising its under-performing New Liberty gold mine in Liberia. Having successfully turned the asset around, the company is now firmly focused on growth.

The company plans to achieve this by increasing the mine life at New Liberty as well as the newly acquired Youga and Balogo gold mines in Burkina Faso.

Avesoro Resources, which has a track record of not only successfully building low cost mining operations, but also turning around non-performing assets, has experienced rapid growth to date.

With an appetite to continue growing at this pace, it is the company’s intention to become a larger 500 000 ozpa gold producer in the next two to three years.

The company plans to achieve this through a combination of organic and inorganic growth – mergers or acquisitions.

“Having already proven our ability to acquire and build projects more cost effectively than our competitors potentially could, and having acquired non-performing assets and successfully turned them around, we are able and keen to once again prove our mettle in this regard,” says Avesoro Resources corporate communications and investor relations manager Nick Smith.

Less than a year after the operation poured first gold, the newly named Avesoro Resources spent 2017 focused on stabilising New Liberty and bringing the loss making operation back into the black.

Smith notes that quite a drastic turnaround at New Liberty was necessary – the first priority being the change to its contractor model.

The company subsequently transitioned from a contract miner to an owner-operated model.

“The transition from contract to owner-operated mining has decreased the mining cost at New Liberty from between $5 – $6/t to between $2- $2.5/t,” says Smith, adding that Avesoro Resources aim to bring this cost down further to a little over $1.80/t during the course of 2018.

Smith explains that because New Liberty has quite a high waste to ore stripping ratio of 16.5:1, the company’s ability to reduce its mining costs has had a significant improvement in the overall economics of the projects.

To further enhance and optimise the New Liberty asset, which was Liberia’s first commercial gold mine, Avesoro Resources has undertaken upgrades within the processing plant to increase plant throughput.

This included the installation of an additional tertiary cone crusher; modification and upgrades  to the comminution circuit, and upgrades to the ball mill liner and grate system, the addition of two more oxygen plants’ and a redesign of the existing tailings storage facility.

“These upgrades have resulted in a reduction in the processing costs from $30/t to around $20/t and has also increased the overall efficiency of the plant,” says Smith.

In October 2017, Avesoro Resources released the results of an updated mineral resource and reserve estimate and an updated life of mine schedule for New Liberty.

As a result of the increased process plant throughput, mining rates at the project were also increased accordingly to accommodate this extra plant feed.

Subsequently the mine life of the project has been reduced to 4.5 years based upon existing reserves.

With the turnaround at New Liberty in the home stretch, Avesoro Resources had more time to refocus its energy on its growth plan and at the end of 2017 and acquired the Youga and Balogo gold mines in Burkina Faso.

The acquisition brought about a massive change to the scale of company – adding much needed gold ounces to its production – but also acting as the next phase of growth for the ambitious gold miner.

Avesoro Resources acquired the Youga and Balogo assets from the company’s majority shareholder, privately-owned Avesoro Holdings (part of the MNG Group of Companies), at the end of 2017.

The Youga and Balogo gold mines are located in the province of Boulgou in Burkina Faso. Youga is located approximately 180 km south east of the capital of Ouagadougou, while Balogo is located 154 km to the west of Youga mine.

Having been in production since 2008, Youga had an 18 month mine life remaining at the time of its sale.

Through exploration, Avesoro Resources has been able to unlock a further five years of mine life at the asset.

Servicing the Youga mine is a 1.1 Mtpa processing plant which consists of three-stage crushing and a single ball milling circuit followed by gravity, cyanide leaching and a five-stage carbon-in-leach circuit and electrowinning to produce doré bars.

Avesoro Resources is in the process of installing two oxygen plants to the existing Youga plant, which will aid in gold leaching and increase the plant’s gold recoveries by up to 2%, which currently hovers between 90% – 91%.

As a result of the distance between the two projects, Avesoro Resources took the decision to develop these projects as one operation and started trucking ore from the Balogo mine to the Youga processing plant in March 2017 using a fleet of 25 haul trucks at a cost of around $19/t.

Despite having a gold reserve of 280 000 t grading at 8.81 g/t of gold, Avesoro Resources has successfully been mining grades of 18 g/t of gold from the Balogo pit making the trucking of ore by road to Youga economically viable.

Smith notes that Avesoro Resources is working on delivering a revised resource and reserve estimate at Balogo which the company anticipates to release towards the end of June this year.

The company is also underway with a drilling programme to extend the mineralisation at depth by an extra 140 m below the planned open pit floor.

The results of this drilling programme will add to the revised resource and reserve estimate at Balogo towards the end of this year.

By the end of March 2017 Avesoro Resources had completed stage one of its infill drilling campaign at New Liberty mine.

The 19 500 m, 55 hole infill drilling campaign was designed to increase confidence levels of the continuity of the New Liberty ore body by targeting an area of the mineral resource model within and below the existing $1 300 optimised pit shell containing 275 000 oz of inferred resources to higher categories of confidence, and in turn potentially increasing the mineral reserve at the mine.

“We believe that the stage one drilling programme will enable us to upgrade significant areas of inferred resource into the indicated resource category and in turn add about one to two years to the mine life of New Liberty,” says Smith, who notes that the company will release the resource and reserve estimates during the third quarter of 2018.

Two of these drill rigs are currently active at New Liberty undertaking a seven-hole 6 500 m drill programme designed to test the plunge of the ore shoots to vertical depths of 900 m.

The two other rigs are currently being mobilised to the Ndablama target, located 35 km east of New Liberty, to commence a resource conversion and infill drilling campaign with the aim of potentially bringing part of the existing Ndablama resource into the reserve category.

The company has also commenced a study to determine the economic potential of trucking the Ndablama material to New Liberty for processing to examine whether these ounces can also be included in the New Liberty mineral reserve base.

Smith expects the results of the drilling campaign and trucking study to be released later this year.

Building on the impressive Youga and Balogo mines

At the Youga licence, which contains about seven small open pits, Avesoro Resources is undertaking an extensive amount of near-mine exploration, having budgeted for 50 000 m of drilling to be carried out across 2018.

“We are currently exploring the first 600 m strike of a 2.1 km soil anomaly called Gassore, which we discovered in 2017 and which we believe may add up to a year of mine life to Youga from this anomaly alone,” says Smith.

“We are also looking at extending the depth of some of the existing pits within the Youga licence as the mineralisation remains open at depth,” he adds.

Meanwhile at Balogo, Avesoro Resources completed a reasonably successful drilling campaign in 2017 which identified a number of near-mine targets.

Around 30 000 m of diamond drilling has been planned at Balogo this year to test the eight identified targets, which all lie within 2 km of the existing Balogo pit.

“We are hoping that this drilling campaign will identify a few satellite deposits that will extend the life of mine at Balogo past its current reserve life of 78 000 oz.

In addition to Youga and Balogo, Avesoro Resources also holds the Ouaré licence, which is located around 35 km north-east of Youga.

Previously owned by Endeavour Mining, Ouaré has not been drilled to a sufficient level of confidence to bring a significant portion of its resources into reserves – a task that Avesoro Resources has budgeted for in 2018.

“We have 63 000 m of drilling planned at the Ouaré licence in 2018, with the aim of increasing the size of the resource and bringing further resources ounces into the reserve category.

“We also plan on drilling a number of smaller targets that we have identified around the Ouaré deposit,” says Smith.

The plan with Ouaré is that once the Balogo deposit has been depleted, that the haul fleet from Balogo move over to the Ouaré licence and haul the ore mined to Youga for processing.

Also in Burkina Faso, Avesoro Resource owns the Zerbogo licence, which lies adjacent to the Youga licence as its south-west extension.

The company will undertake 15 000 m of drilling at the licence to follow up on several kilometres of gold-in-soil anomalies identified in 2017.

“As the company’s near-mine exploration campaigns across its three mines progress, they continue to delivering encouraging results that suggest the potential to significantly increase the mine lives,” says Smith, which is not only a signal of a bright future for Avesoro Resources, but is also testament to its unwavering growth ambition.