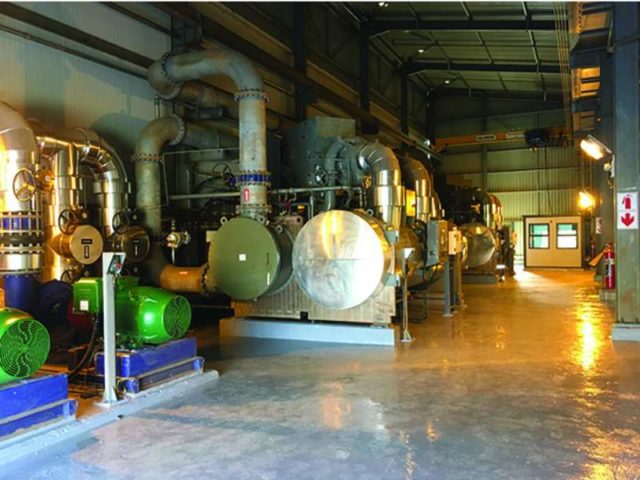 As mining operations reach the end of their opencast reserves and transition to underground mining as a means to extend the life of mine and extract further value at depth, the ventilation and cooling of the underground workings become an integral part of the mining project.

This was the case at gold miner Newmont’s Subika mine in Ghana and diamond major De Beers’ Venetia Underground Project (VUP) in South Africa where the project division of engineering consultancy Bluhm Burton Engineering (BBE) – BBE Projects – was tasked to provide critical ventilation and cooling as these mines enter the next chapter in their lives.

Going for gold at Subika

BBE was approached by Newmont, via their EPCM contractor (DRA Global), in late 2016 to assess and design a suitable ventilation and cooling system for the Subika underground project in Ghana which forms part of an expansion at the existing Ahafo gold operation aimed at extending profitable production by building an underground mine and expanding plant capacity by more than 50%.

The Subika underground mine will provide access to higher grade ore beneath the open pit and is expected to produce 1.8 Moz of gold over an 11-year life of mine, and features ore grades of 4.7 g/t. The mill expansion entails increasing capacity to nearly 10 Mt by adding a crusher, grinding mill and leach tanks to the circuit and is expected to improve margins and support profitable production at Ahafo through to at least 2029.

BBE Projects general manager Andrew Branch explains that, for the development in the current scope of works, BBE’s Consulting division, conducted a ventilation study and modelling to determine the ventilation requirements and heat load and created a life of mine cooling concept design.

“We were then awarded a turnkey tender for the detailed design and supply of cooling equipment in May 2017 and, on investigation of possible refrigeration solutions, selected a York YD chiller,” says Branch.

“We are familiar with Johnson Controls’ range of York chillers, having used them for a number of mining projects in Africa, where they have proven to be highly reliable,” he notes.

He adds that, in this case, the YD dual centrifugal water chiller meets the needs of the surface air cooling plant as it utilises non-toxic R134a refrigerant and therefore can be located directly adjacent to the custom designed horizontal spraychamber bulk air cooler. A second YD chiller will be installed in a planned future phase, and the system will be able to deliver an ultimate total of 15 MW of cooling, as the demand at the mine increases.

“Each chiller uses two York centrifugal compressors operating in parallel on one set of heat exchangers. With two compressors, one machine can deliver a substantial amount of cooling and the capacity can be modulated over a wide operating range while still maintaining good efficiency,” he notes.

The chiller was built to specification for BBE in the USA, packaged and delivered directly to site in Ghana, whereafter a Johnson Controls’ team assembled and installed it. Commissioning of the chiller is planned for later this year.

As a means to better service the mining industry in Ghana and the broader West African region, BBE has established a registered company in the country. “We are happy to be back in Ghana following our work in the country between 2005 and 2007. We believe Ghana holds great potential for us and our new office will help facilitate better project delivery in the region,” says Branch.

Extending the life of the lustrous Venetia mine

Diamond mining company De Beers has invested US$2 billion to transition its Venetia open cast mine to an underground operation in South Africa. The Venetia Underground Project (VUP) entails the development of two vertical shafts, a decline system and the required underground infrastructure and development to access kimberlite ore in both the KO1 and KO2 pipes and prepare it for transportation to surface. The development of the large-scale underground mine at Venetia will ensure the mine remains one of the most important carat producers in De Beers’ portfolio. Essentially a life extension project for the company, the new Venetia mine, which would have closed in 2023 without the underground transition, now stretches to 2045.

When the VUP reaches steady-state production, scheduled for 2026, 5.9 Mt of ore will be treated in the existing process plant to produce 4.5 million carats annually. BBE Consulting has been involved with the VUP since 2016, having undertaken mine heat load prediction and airflow distribution studies. VumA-3D simulation software was used to model the mine and predict the environmental conditions underground, and in turn specify the air cooling requirements at the mine.

Following on from this study, BBE Consulting undertook a costing and preengineering study to establish the basic parameters for the cooling plant which fed into the overall mining planning process. De Beers went out on tender and BBE Projects was awarded the turnkey VUP refrigeration plant contract in March 2018. The project entails the installation of two refrigeration plants on surface able to provide a combined 11 MW of air cooling via two custom designed horizontal spray-chamber bulk air coolers, located on dedicated cold air ventilation shafts.

Branch notes that the way in which the cooling will be distributed to the mine changes over time. He explains that the entire refrigeration plant will be constructed and commissioned, but at first, cooling will be distributed through the smaller of the two bulk air coolers only, which is located on a cold air shaft that feeds the main ramp development areas in the shallow portion of the mine.

The plant will run like this for a year or two while the second, larger shaft is raise bored. The two bulk air coolers will then run in parallel for several years, after which the smaller may be decommissioned. The larger shaft will thereafter function as the primary cold air supply to the mine. The plant has been designed with the operational flexibility to satisfy the two bulk air coolers. Indeed, the plant will also supply chilled water in the short term to cooling coils for the shaft-sinking ventilation fans.

“All of the major equipment has already been ordered and we are engaging with the civil contractor and moving the project from design into full execution. Construction and commissioning of the plant is scheduled for late 2019. Final handover will follow, after the raise boring is complete and the final connection is made to the cold air shaft” says Branch. The VUP is on track to produce its first carats in 2021.