Johannesburg, South Africa — 25 March 2013 – The South African mining industry “’ backbone of the continent’s biggest economy “’ is heading for its worst electricity shortage in five years in a threat to platinum and gold production and to the rand currency.

Bloomberg News reports that State-owned Eskom Holdings SOC Limited is straining to meet demand from a growing economy as consumption is set to swell when the Southern Hemisphere winter drives the need for heat. Faults at the Koeberg nuclear power plant near Cape Town are crimping supply, while imports are reduced because of flooding in Mozambique.

“We do see a significant risk of power shortages,” said Shaun Nel, director at the Energy Intensive User Group of Southern Africa, whose 32 members include the local units of BHP Billiton Limited  and ArcelorMittal.  “We are seeing a significant number of factors that point to a system in distress.”

A repeat of the January 2008 blackouts that halted South African mines for five days and paralysed factories, would imperil South Africa’s 2013 growth forecast of 2.7%. The rand has dropped to a four-year low, partly on concern that disruptions to mining will cut exports from the holder of the biggest-known reserves of platinum and chrome and fifth- largest gold producer.

Eskom, generator of about 95% of the nation’s power, estimated surplus capacity over peak demand for March 18 at 1.5%. That’s as thin as the margin was when the power cuts struck five years ago, pushing gold and platinum prices to records as Anglo Amrican, Impala Platinum Holdings Limited and Harmony Gold Mining Company halted operations.

While Eskom later revised that March 18 margin to 3.3%, it remains razor-thin compared with a level of as much as 17% in mid-December.

An average of about 10,800MW, or 25% of Eskom’s total capacity including imports from Mozambique, has been unavailable this year because of maintenance, both planned and unforeseen, according to data from the Johannesburg-based utility.

Eskom targets spare capacity of 15%. Peak power demand of about 31,000MW this week compares with the more than 36,000MW consumed at the height of last winter.

“This winter will be a particular challenge,” Eskom CEO Brian Dames said in an interview on Johannesburg-based Talk Radio 702 last week. “I am concerned about the increased unreliability.”

Eskom said in a status bulletin yesterday that “the system remains tight.” The power producer is spending US$55 billion to replace old equipment and expand capacity.

Faults at the Koeberg nuclear plant north of Cape Town will keep it partly shut until April, while imports from Mozambique have been cut by 50%. Furthermore, Medupi “’ set to be the world’s fourth-biggest coal-fired station once complete “’ has been beset by delays, with labour unrest resulting in a two-month construction shutdown this year. There are doubts that it will meet its completion deadline at the end of this year. 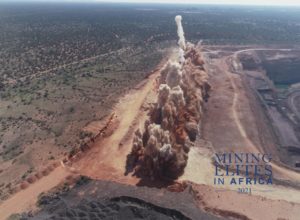