Cape Town, South Africa — MININGREVIEW.COM — 23 February 2011 – The South African Cabinet has revealed that it has approved a plan to combat the drainage of acid water from the country’s gold mines in order to ensure that ground water supplies are not contaminated.

“We want to give all South Africans the assurance that this matter is receiving attention,” minister in the presidency Trevor Manuel told reporters here. “Money to address the problem will be set aside in the national budget, and the government will also try to reclaim any expenses that are incurred from profit-making mines.

South Africa has the world’s deepest gold mines and workers extract the metal out of rock as far as 3.8km underground. Operators in the country include AngloGold Ashanti Limited, Gold Fields Limited and Harmony Gold Mining Company. Mining in the country dates back to the 1600’s, and many operators abandoned their shafts when they stopped being financially viable, leaving the government to take custody.

Last September Johannesburg-based Business Day newspaper cited, former South African water minister Buyelwa Sonjica as saying acid water was 550m below the surface of Johannesburg and could rise 400m to a critical level of 150m below the surface if R200 million wasn’t spent on remedying the situation. Water levels have risen over the past few months following heavy rains.

The oxidation of pyrites, which are exposed during mining operations, results in the production of sulphuric acid that in turn raises water acidity levels. Mine water will have to be pumped to the surface and its acidity neutralised, Manuel said, adding that it was too soon to determine a final cost.

“Acid water has already begun decanting into the western water basin, which lies in the vicinity of Krugersdorp, north-west of Johannesburg, and pumping there will be prioritised,” said Water Affairs acting director-general Trevor Balzer. “Pumping in the central basin, which lies below Johannesburg, is due to begin by March next year, three months before acid water is expected to reach environmentally critical levels,” he said.

The cabinet plans to investigate the viability of imposing an environmental levy, government spokesman Jimmy Manyi told reporters here. He did not provide further details. 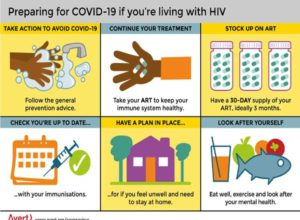