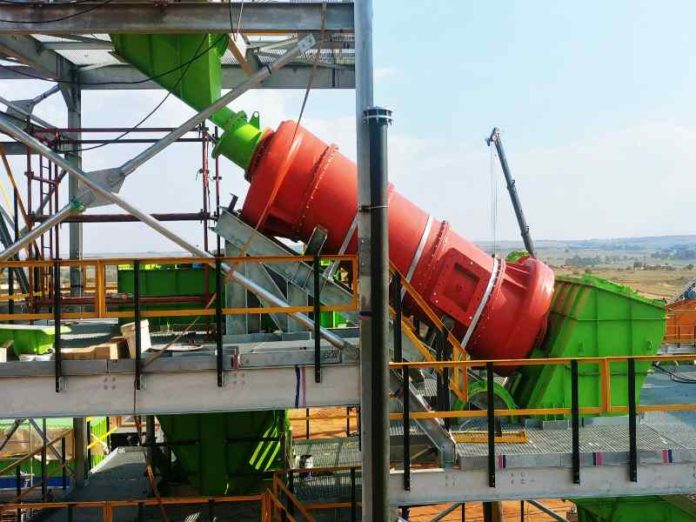 Mid-tier mining explorer and miner Canyon Coal officially celebrated the production start-up of its fifth operating coal mine in South Africa late last year. For the company, the project represents success in taking a step forward to rapidly expand its production profile.

For South Africa, it represents a smart investment choice into a sector that remains essential for the country’s GDP in a time where most large-scale miners are no longer injecting cash into developing the sector further, writes LAURA CORNISH.

The establishment of new Greenfield operations in South Africa has diminished significantly over the last few years – driven by the global market’s negative perception around coal and what most say is a difficult operating environment in the country.

Investment company Menar Holdings, a 50% owner of the majority shareholder in Canyon Coal, is bucking that trend completely and is investing heavily into the South African coal space.

Having successfully brought four coal mines into operation over the last 12 years, the Bronkhorstspruit-based colliery officially became its fifth in November 2018 and while a significant operation in its own right, represents a stepping stone in growing the company’s production profile quite substantially in the next two years.

“Canyon Coal is looking to expand its run-of-mine (ROM) production from about 7.5 Mtpa from five operating mines, now more including Khanye, to about 20 Mtpa by 2020 from at least seven mines,” says Vuslat Bayoglu, executive chairman of Canyon Coal.

Considering its project delivery track record to date, this seems a realistic objective. Within context of Menar – the targets are even higher.

The company owns the Zululand Anthracite Colliery (ZAC) and partners to develop Riversdale Anthracite in Kwa-Zulu Natal, Kangra Coal and through its exploration and project development mining company Sitatunga, the Leeuw Braakfontein project which it acquired from Wescoal.

A closer look at Khanye colliery

Khanye’s journey – from the acquisition of the land to producing first coal has been a relatively smooth one – which Bayoglu attributes to South Africa’s regulatory processes.

“Although complex, the steps required to build and establish mining projects is not difficult if you follow the required steps,” he states.

Canyon Coal acquired the prospecting rights from the previous owner just five years ago and quickly confirmed a much larger resource than originally outlined.

“Our drilling programme took the project from a 13 Mt reserve to 39 Mt, with a low 2:1 stripping ratio.”

With a feasible mining project verified, the company acquired 1 000 ha of land in the area, incorporating the Khanye resource in 2016; and a year later had attained the necessary regulatory requirements – a mining right and integrated water use licence – to build the mine. It quickly moved into construction start-up in January 2018.

Established in September 2017, process engineering company Isimilo DBO was appointed to design and build the plant and successfully delivered the project.

Under the leadership of MD Mark Berger, the company was established to design, build and operate process plants for Canyon Coal.

Isimilo DBO is 49% owned by Canyon Coal and offers a financially transparent project delivery mechanism that gives the company peace of mind that it is paying for the best service possible at a cost competitive rate.

Berger confirms that Isimilo DBO was successfully able to complete the design, build and operation of a 400 tph coal washing plant at Khanye for 30% less capital expenditure than a competing bid on the project – which remained on budget and schedule throughout the duration of its build – which saw commissioning activity start-up in October this year. The company worked with sub-contractor Obsideo Consulting.

“Khanye is expected to ramp up production from 180 000 tpm in November to its nameplate capacity of 240 000 tpm by February 2019 after which it will produce about 1.8 Mtpa of saleable coal for around 15 years,” Bayoglu outlines.

The plant also offers first-world process equipment to ensure it maintains a responsible environmental footprint – a filter press for example will ensure the majority of water used in the plant is recycled.

Soon to be a shareholder at Richards Bay Coal Terminal through the Kangra Coal deal and an international off-take market demanding its product, Canyon Coal is also investing in the development of a coal siding in Bronkhorstspruit at a cost of about R35 million, which should be operational in Q2, 2019 which will make the export process much easier.

At nameplate capacity, Bayoglu confirms the mine will employ 300 people – sourced from surrounding communities which has naturally been welcomed by the Department of Mineral Resources minister Gwede Mantashe.

Mantashe attended the official mine opening in November 2018 where in his keynote address he emphasised the importance for investors to speak positively about the mining sector in South Africa, and particularly the coal sector.

“We have to produce optimally. We have resources we are not using, mines that are not being mined. We must improve productivity,” which is exactly what Canyon Coal is doing.

“That’s why I’m excited by the presentation about your plans,” Mantashe said, referring to Canyon Coal’s investment plans to bring new coal mines on stream in the near-term future.