Johannesburg, South Africa — 08 August 2012 – China has overtaken South Africa as the world’s leading producer of steel feedstock ferrochrome in the first six months of this year, accounting for no less than 33% of the 4.8Mt produced globally.

Fin24 reports that output in South Africa, previously the biggest supplier, fell 15% during the first half of 2012 and accounted for 32% of the market, according to Merafe, citing a report by market research firm Heinz Pariser.

Production in Africa’s biggest economy also fell sharply after deals signed with power utility Eskom in which producers agreed to reduce output and cut their electricity consumption in return for payment.

Merafe’s production fell 21% in the six months to the end of June after it shut down seven of its furnaces between February and May to help Eskom, which is struggling to meet rising demand for electricity.

Eskom struck the deals to avoid a repeat of blackouts which brought the mining industry to a standstill in early 2008 and cost the country billions of dollars in lost output.

Merafe “’ South Africa’s largest ferrochrome producer and a joint venture partner with London-listed Xstrata “’ said the industry was in advanced talks with the government to find ways to curb exports of unprocessed chrome to China, pushing for an export levy on unprocessed chrome as a short-term solution.

Merafe added that despite higher output from China, global supply of ferrochrome was expected to remain tight as any material produced in South Africa would only filter to the market by the end of the third quarter. 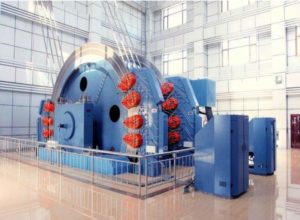