China’s Guangzhou Dong-song Energy Group has negotiated a 49-year lease to mine the phosphates deposits in eastern Uganda. Estimated total deposits stand at 230 million tonnes and cover an area of 26 square kilometres.

East African Business Week reports that the Chinese firm will exploit the mineral found in Sigulu Hills in Tororo District, with the end product being mostly fertiliser. This development follows a visit by group executive director Jiang Xinting, for talks with President Museveni about his company’s plans for Uganda.

Lv Weipong, the company managing director, said the group had already secured a 49-year lease from the community that has some rights over the land. “We are now concluding our approvals with the relevant arms of government before commencing mining,” he added.

Weipong said the company would start with the fertiliser project and then venture into steel mills and hydro power stations because of the high demand. Guangzhou Dongsong Energy Group already has investments in the development of hydro power stations, power grid transmission and coal mining.

The phosphates project will see Uganda produce phosphate fertilisers and phosphoric acid.
It has long been considered a national development priority project for the country, but progress had been hindered by finding someone with the money and expertise to work the extensive site.

About five years ago, there was excitement in Uganda when the Madhvani Group announced an initial US$500 million investment to develop the Sukulu site. However little has been heard of this plan since then. 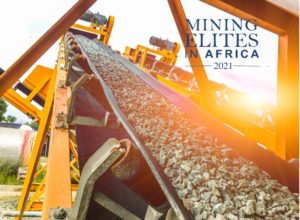