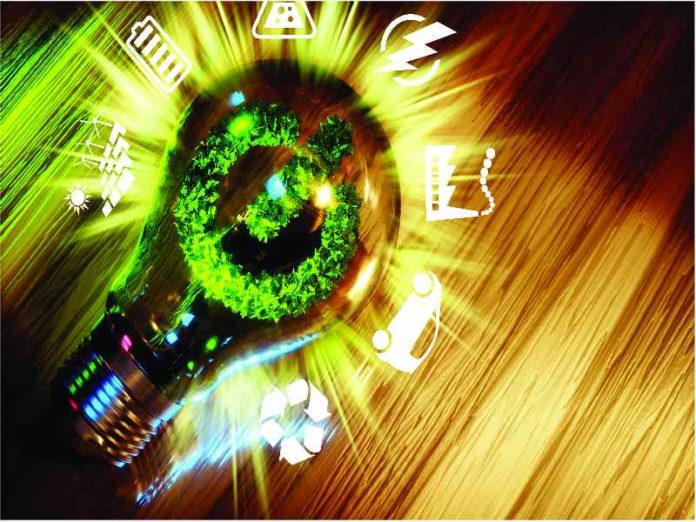 According to the World Coal Association, the global network for the coal industry, coal remains a key commodity across the planet, despite the demand for cleaner energy sources.

“Coal provides a direct contribution to economic development at a local level, particularly in developing countries. For this reason, coal is still a very significant source of electricity globally; in fact, it’s the largest single source of electricity on the planet, despite the growth of renewables and other energy sources,” comments Sporton.

He notes that access to affordable and reliable electricity is the foundation of prosperity in the modern world.

As demonstrated by the Nationally Determined Contributions (a term used under the United Nations Framework Convention on Climate Change for reductions in greenhouse gas emissions), each nation’s chosen energy mix is selected according to its specific needs.

For this reason many countries have identified a continuing role for coal.

“This is especially true for the rapidly urbanising and industrialising economies of Asia where coal is forecast to be an integral fuel source and vital to economic growth.”

Globally, coal provides 37% of the world’s electricity today, only 3% less than it did 20 years ago. However, as forecasted by the International Energy Agency (IEA), by 2040 coal would provide 27% of the global electricity mix.

“Although it sounds like a significant reduction of 10%, the global energy pie continues to grow substantially, as the numbers don’t reflect growing population figures. With this accounted for, coal power generation will actually increase globally by about 9% between now and 2040,” he adds.

Recognising the significance of coal

Sporton highlights that coal has always been crucial for development and this is not going to change over the coming decades.

However, with limited financing options available from development banks and investors, countries may choose to build plants with lower efficiency and poorer emissions rates due to the upfront capital cost required to build high efficiency, low emission (HELE) technologies.

“We therefore need to support countries to deploy low emission coal technologies, whether that is through sharing technology or developing more constructive approaches to financing for new coal plants,” comments Sporton.

Coal is currently mined in over 50 countries and worldwide the industry directly employs some seven million people.

“Much of the coal industry in developing countries is export oriented. It is a major source of export income,” he adds.

Sporton notes that coal prices have historically been lower but more stable than oil and gas prices.

Coal is likely to remain the most affordable fuel for power generation in many developing and industrialised countries. In countries with energy intensive industries, the impact of fuel and electricity price increases is compounded.

He explains that high prices can lead to a loss of competitive advantage and in prolonged cases, loss of a financially viable industry altogether.

Countries with access to indigenous energy supplies, or to affordable fuels from a well-supplied world market, can avoid many of these negative impacts, enabling further economic development and growth.

Sporton states that emissions are a major priority globally and there is a need to significantly reduce CO2 emissions to meet the Paris Agreement target.

The Paris Agreement’s aim is to strengthen the global response to the threat of climate change by keeping a global temperature rise this century well below 2°C above pre-industrial levels and to pursue efforts to limit the temperature increase even further to 1.5°C.

Additionally, the agreement aims to strengthen the ability of countries to deal with the impacts of climate change.

To reach these ambitious goals, appropriate financial flows, a new technology framework and an enhanced capacity building framework will be put in place, thus supporting action by developing countries and the most vulnerable countries, in line with their own national objectives.

The agreement also provides for enhanced transparency of action and support through a more robust transparency framework.

Deploying HELE coal-fired power plants is a key first step along a pathway to near-zero emissions from coal with carbon capture, use and storage (CCUS). HELE technologies are commercially available now and if deployed, can reduce greenhouse gas emissions from the entire power sector by around 20%.

Moreover, he notes that by improving efficiency , the amount of energy that can be extracted from a single unit of coal increases.

A one percentage point improvement in the efficiency of a conventional pulverised coal combustion plant results in a 2-3% reduction in CO2 emissions.

In addition to significant benefits from reduced CO2 emissions, these modern high efficiency plants have significantly reduced emissions of nitrogen oxides (NOx), sulphur dioxide (SO2) and particulate matter (PM). Beyond the climate benefits of reduced CO2 emissions, reduction in these pollutants is of additional importance at the local and regional level to address air quality and related health concerns.

For countries such as South Africa that supply coal to international markets, it is important to ensure that a pathway to zero emissions is in the pipeline Sporton highlights.

“However, coal is still exported to many other European economies but we don’t expect to see growth, but in fact predict a decline.”

There is significant growth in Asia and most of the decline in the demand for coal in Europe and North America is offset by the growth and demand in Asia.

“India and South East Asia among others are all growing economies looking to securing greater power generation and consider coal integral to this. Because of South Africa’s location, it is can shift easily from Europe to the West Asian market. This provides opportunity for South Africa to continue exporting its coal in the near to long-term future,” Sporton concludes.