London, England — MININGREVIEW.COM — 06 August 2008 – Cluff Gold plc – a company focused on the identification, acquisition and development of gold deposits in West Africa – has completed the 100% acquisition of the Baomahun gold project in Sierra Leone.

In an announcement released here the company confirmed that all conditions relating to its acquisition from Dumarchal Nominee Limited and Ronald Winston of the remaining 40% it did not already own, had now been satisfied. Accordingly completion of the acquisition had now occurred.

Upon regulatory approval, Mr. Winston will join the board of directors of Cluff Gold plc and take on the chairmanship of Baomahun Gold Limited, the Sierra Leone-based, wholly-owned subsidiary of the company which holds the mining lease.

On 17 July 2008, theCluff announced the grant by the government of Sierra Leone to Baomahun Gold Limited of a mining lease for 25 years over an area of 59.85sq km. Three weeks earlier, Cluff had announced a seven-fold increase in measured and indicated mineral resources to 867 000 oz of gold (8.9 tonnes grading 2.9 g/t Au); and an overall increase of mineral resources (measured, indicated and inferred) to 1.35 million oz of gold (14 million tonnes grading 3.0 g/t Au).

Chairman and chief executive Algy Cluff commented: “The completion of the acquisition of the outstanding interest in the Baomahun gold project represents an important step for the company.We now own 100% of a growing gold resource over which we hold a new mining lease valid for 25 years. Drilling is expected to resume at the end of the rainy season in October 2008, and we plan to announce a further resource update in September 2008, based on assay results currently being processed,” he concluded. 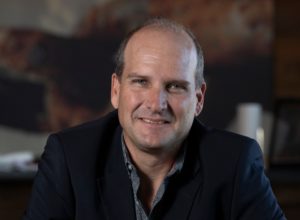