Johannesburg, South Africa — 27 September 2013 – South African coal producers and trade unions are to meet again on Monday to try to hammer out wage agreements and avert possible strike action that could affect exports to Europe and Asia, as well as local supplies to power utility Eskom.

Companies, which include units of global mining giants Anglo American and Glencore Xstrata, made a revised above-inflation wage offer to employees last week, raising hopes of an agreement in the sector without industrial action.

That “final” offer was for pay increases ranging between 7% and 11%, above consumer inflation of 6.4% in August, says Fin24, referring to a document it says was seen by Reuters last week.

Lengthy industrial action would be costly for South Africa, which is the world’s fifth-largest coal producer and a leading exporter of the commodity. Last year it shipped 68.3Mt of coal from the Richards Bay Coal Terminal. It would also put pressure on state electricity utility Eskom, which uses coal to generate 85% of the electricity powering Africa’s biggest economy.

However, a source with the trade union Solidarity, which represents skilled workers, said that the expectation was that its members would sign a deal on Monday.

Motsamai Motlhamme, deputy head of industrial relations at South Africa’s Chamber of Mines, which is negotiating on behalf of the producers, said: “There are a couple of issues that still need to be ironed out. The parties will reconvene on Monday.”

A spokesperson for the National Union of Mineworkers (NUM), which represents most of the 20 000 coalminers in the talks, said that its members had yet to accept the latest offer.

The NUM said it had modified its original demands for pay rises of 15% for most categories of workers and up to 60% for entry-level miners, but it did not give further details.

A quick resolution to this month’s strike by gold workers with several companies suggests that any stoppage in the coal sector is unlikely to be protracted. The gold dispute was settled by the NUM’s acceptance of a salary increase of about 8%.

The coal industry has largely avoided the violence that rocked the gold and platinum sectors last year. That violence, rooted in a turf war between the once unrivalled NUM and the upstart Association of Mineworkers and Construction Union (AMCU), resulted in the deaths of close to 50 workers and cost the country billions of dollars.

AMCU members are downing tools today at mines run by Anglo American Platinum, the world’s largest producer of the precious metal, to protest against 3 300 jobs it is cutting as part of a restructuring process. 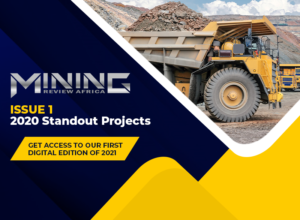